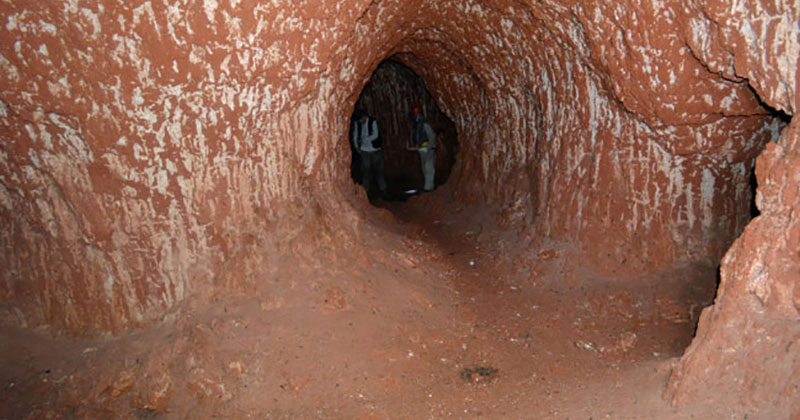 Geologists in Brazil have discovered a series of incredible paleoburrows they believe were dug by South American megafauna, with a possible candidate being Giant Ground Sloths (Megatherium).

Okay that was a lot of big words in one sentence, so let’s define them:

Megafauna: large or giant animals of an area, habitat, or geological period, extinct and/or extant

The cave (seen above) was discovered in the Amazon and is nearly twice as large as the second-largest known burrow, located elsewhere in Brazil. “There’s no geological process in the world that produces long tunnels with a circular or elliptical cross-section, which branch and rise and fall, with claw marks on the walls,” says Heinrich Frank, a professor at the Federal University of Rio Grande do Sul, who has documented over 1,500 paleoburrows across Brazil. [source]

However, the huge one seen above was discovered by another geologist, Amilcar Adamy, who works for the Brazilian Geological Survey (known by its Portuguese acronym, CPRM). With branching tunnels, the paeloburrow tallies about 2,000 feet in length. The main shafts — since enlarged by erosion — were originally more than six feet tall and three to five feet wide; an estimated 4,000 metric tons of dirt and rock were dug out of the hillside to create the burrow. [source

“This wasn’t made by one or two individuals,” says Adamy. “It was made by many, over generations.” You can read more about this incredible find at Discover Magazine.