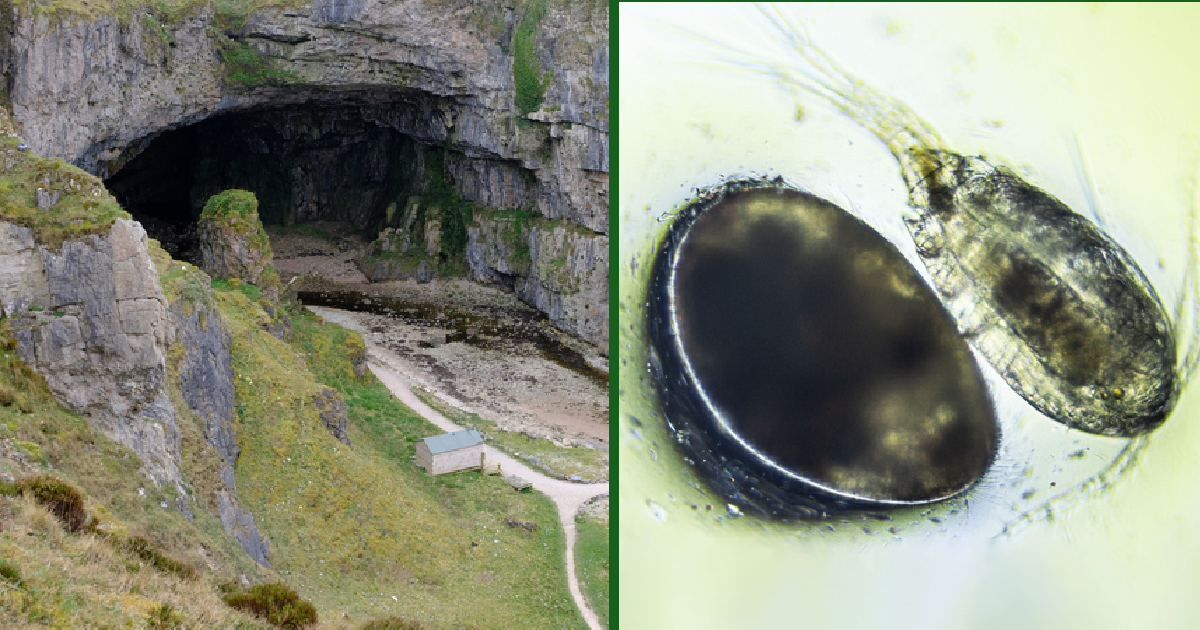 Caves are a natural phenomenon that lend themselves to the curious and slightly spooky, and the Smoo Caves in Scotland’s North West Highlands are no exception.

They have a fascinating history that includes whiskey smugglers and even possible a dumping ground for Donald McMurdo, arguably the country’s most famous highwayman.

Adding to the lore is the fact that scientists have discovered some cool and rare creatures living in the pools inside not only Smoo Caves, but also in Allt nan Uamh Stream Cave as well.

The creatures are ostracods, which are microscopic crustaceans that are only around one millimetre in size. They have a sectioned body covered in a hard outer shell.

They published their findings in Cave and Karst Science.

“Styglobitic creatures live entirely below the earth’s surface and preliminary findings show that one particular ostracod could be the first recorded in Scotland. The specimens have been tentatively identified as Fabaeformiscandona latens

Advertisement
from Allt nan Uamh Stream Cave and Smoo Cave, these are of importance because records of this genus are very rare in Britain.”

The scientists, who were brightly dressed and jolly-looking for their exploration, described their processes in writing.

“Most caves, with the exception of a few larger systems, were sampled at a single locations only and on a single visit. Thus, the taxa lists do not represent complete taxonomic inventories of the aquatic invertebrates that are likely to occur within the caves. Repeated sampling over the course of multiple sessions will be required to achieve this goal, and it is hoped that this initial work will both promote further interest and encourages more detailed studies of Scottish biospeleology.”

Perhaps when we hear more we will learn whether or not an affinity for whiskey drew them there in the first place.