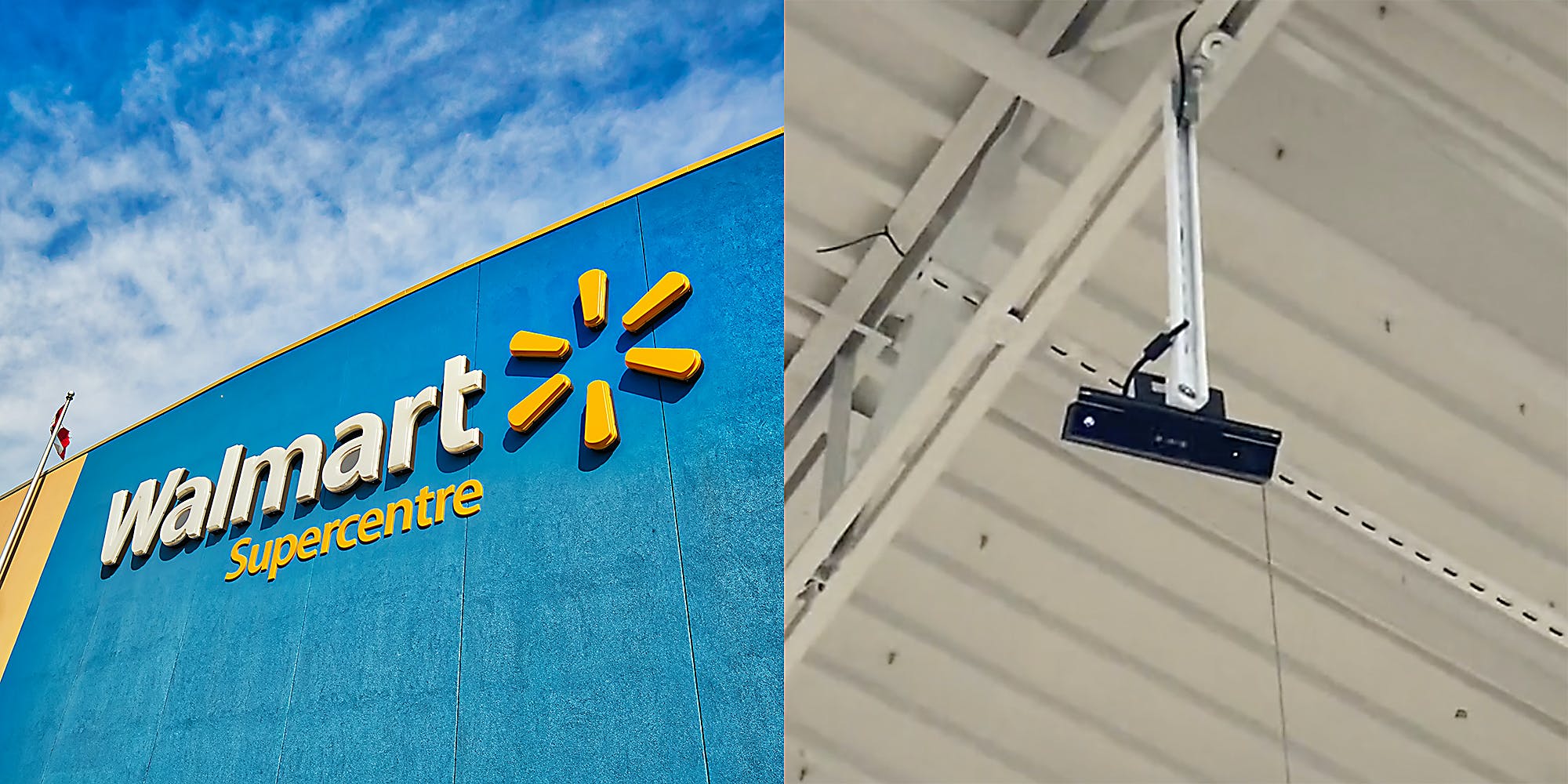 In a viral TikTok posted this week, a Walmart store is under fire for using a controversial surveillance tool—the Xbox Kinect motion-sensor device.

The TikTok posted two days ago by Lathania Mullenax (@lathania_mullenax) has over 46,200 views. The video apparently reveals Xbox Kinect cameras hung on beams extending from the ceiling of a Walmart store.

“These mfkers at Walmart got kinects for security cameras,” Mullenax captioned the video.

Kinects are Xbox motion-sensor devices that allow users to control their consoles using physical movements. Kinects were originally released in 2010, but were overshadowed in popularity by the Wii’s motion-sensing technology, according to IGN.

The Kinect was discontinued in 2017, and then brought back in 2021 to be used as motion control technology for a TV set called SkyGlass, according to ExtremeTech.

It appears the Kinect is also now being used at Walmart—albeit for less fun purposes than TV or gaming.

Users in the comments section of the viral TikTok debated to what extent the Kinect is able to track movements for surveillance. Some users thought that the Kinect is just being repurposed for its cheap camera.

“They’re super cheap and very high quality with a high field of view,” another agreed.

Others disagreed, arguing that the Kinetics could detect motion through infrared sensor mapping.

“It’s not just a camera, they combine infrared projection with stereoscopic cameras to render a depth of field map so you can track specific movements,” one user disagreed.

“That’s kind of crazy because they can detect your body movement so you can’t really hide what you’re doing,” a second said.

“These cameras you can create a depth map for 3D tracking. They’re great for AI and deep learning,” another replied.

One video posted by an engineering student on YouTube back in 2013 claims that the Kinect can be engineered to track the movement of human skeletons passing in front of its camera. The student argued that software can even differentiate between known and unknown skeletons.

This is not the first time Walmart has faced criticism on the internet over its use of Kinect devices surveillance. Back in 2018, a Reddit thread with over 199 comments featured similar images of Kinect devices hanging from Walmart ceilings.

In 2019, Kinects were also spotted being used as security cameras in the Newark Liberty International Airport, according to a Twitter thread.

The Daily Dot reached out to Lathania Mullenax via direct message on Instagram; Walmart via its media relations website; Microsoft via email; and the Newark Liberty International Airport via email.

The post ‘These mfkers at Walmart got kinects for security cameras’: Walmart criticized in viral TikTok for Xbox surveillance appeared first on The Daily Dot.