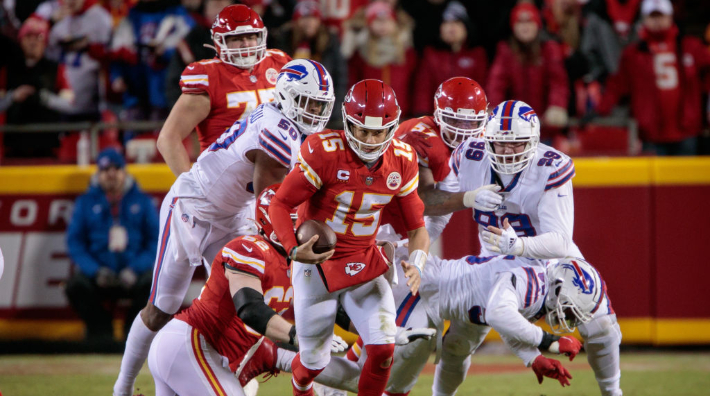 It seems like there’s an annual conversation regarding the NFL’s overtime rules and whether or not they should change. This year, the conversation came after the high-scoring AFC playoff game between the Kansas City Chiefs and the Buffalo Bills in which Buffalo’s offense did not get to touch the ball in overtime because Kansas City scored a touchdown on its first possession.

The immediate aftermath of the game featured a huge debate about whether or not this was fair, but no matter what, it does seem like there’s a window for the NFL to do something. And according to Kevin Seifert of ESPN, there is a chance — albeit not a great one — something happens in the coming weeks. Rich McKay, the chairman of the league’s competition committee, says there’s “a lot of momentum” to change the NFL’s overtime rules when the owners come together to meet next week, with a pair of options coming under the microscope.

At the moment, two proposals are under consideration. The Indianapolis Colts and Philadelphia Eagles have proposed making it mandatory for each team to have an overtime possession before moving to sudden death. The Tennessee Titans, meanwhile, proposed a tweak that would implement mandatory possession for each team unless the team that has the first possession scores a touchdown and converts a successful 2-point attempt.

The bad news for those who want the OT rules to change is that McKay has some reservations about one of these getting the green light, telling ESPN that “I think my history on this rule tells me that 24 votes is not easy to get. But I do think the statistics absolutely warrant an examination of whether overtime rules need to be further modified.”