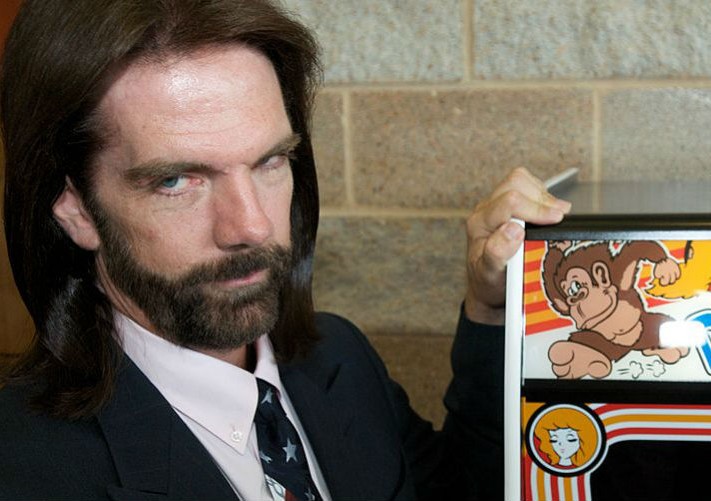 The statue garden Donald Trump announced at Mount Rushmore has a truly bizarre collection of names, but it apparently doesn’t include the guy from The King of Kong. The Trump administration announced the Garden Of American Heroes on Monday as part of an executive order Trump issued in his final days in office.

The command to create a statue garden at Mount Rushmore fulfills a promise he made at the site last July 4 to honor America’s heroes, apparently a response to the removal of confederate statues elsewhere in America. But the garden is ordered to have a hilariously wide array of people on the list, from American founding fathers to sports stars like Kobe Bryant and even Nikola Tesla.

But one name caught the eye of some gaming fans: Billy Mitchell. The controversial star of The King of Kong documentary has had plenty of interesting press in recent years, with his Donkey Kong records initially being stripped from him and lawsuits following that to reinstate them. But as initial questions about whether he would be deemed an American hero and given a statue circulated, word broke that it was all for naught.

The White House has confirmed to me that the “William ‘Billy’ Mitchell’ who will get a statue in the National Garden of American heroes is Billy Mitchell the US Army General and “Father” of the Air Force, not Billy Mitchell the Pacman and Donkey Kong world record holder.

Given the weight of importance the garden seems to carry in the eyes of Trump, it’s a very funny clarification to need issuing. Imagine, for a moment, that in their final hours of work in the Trump administration there are employees at the White House who had to check which Billy Mitchell the president meant when creating this absurdly long list of 244 statues to erect in South Dakota.

Meanwhile, the slight buzz that Billy Mitchell’s inclusion on the list made gave way to more people talking about the correction that was necessary here. And honestly, some folks were a bit disappointed.

Thankfully, that wasn’t the only video game joke that was made about the announcement.

While this all is bad news for Mitchell, and maybe upsetting news for the family of the other Billy Mitchell, there is some solace to be had for the controversial The King of Kong star. At least he won’t have to worry about the sculptor making his imaginary statue look like Garrett Bobby Ferguson.