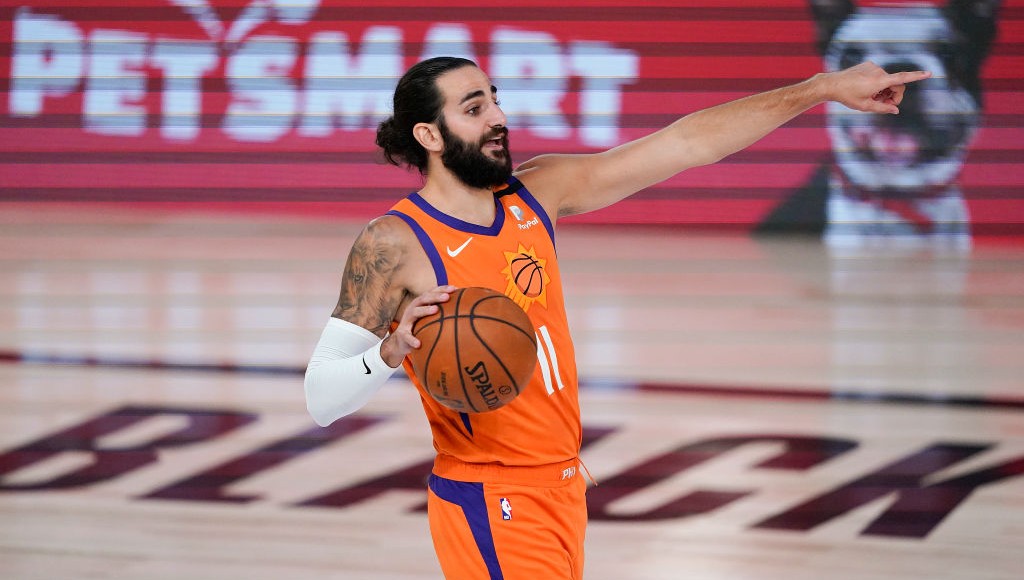 The Minnesota Timberwolves opened the NBA Draft by taking Anthony Edwards first overall, choosing the swingman out of Georgia over LaMelo Ball and James Wiseman. They still had one more pick remaining in the first round, holding the 17th overall selection, and it appears they will be using that to bring home an old friend via a trade.

According to The Athletic’s Jon Krawczynski, the Wolves are in talks with the Thunder that would send Ricky Rubio back to Minnesota, where his career started, along with the 25th and 28th overall picks in this year’s draft to move up to the 17th spot.

The Timberwolves are in talks to trade the 17th pick to OKC for Ricky Rubio and picks 25 and 28, sources tell @TheAthleticMIN

Given that Minnesota passed on adding another ball-handler to the backcourt, it makes sense that they’d look to add one in a trade and Rubio is a veteran who can help bring some stability to the team. The Thunder, meanwhile, have been widely reported as active in trying to move up from their spots in this draft, and having already acquired the 28th and 34th overall picks in trades, had ample ammo to push themselves into the middle of the first round, where there’s been speculation they have an eye on Aleksej Pokusevski

Minnesota is acquiring Oklahoma City’s Ricky Rubio, the 25th and 28th picks for a package that includes the No. 17 pick, sources tell ESPN.