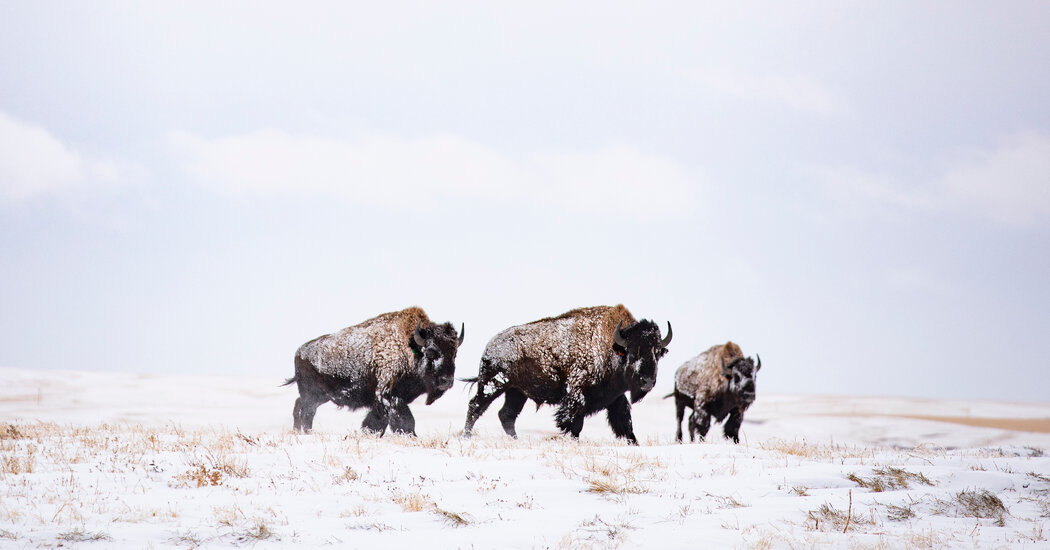 Christian Taylor-Johnson, 28, is a descendant of the Leech Lake Band of Ojibwe in northern Minnesota, and attended Leech Lake Tribal College. He said the education he received wasn’t available to older relatives, who were forced to assimilate and prohibited from speaking their native language.

“I actually speak more Ojibwe than either of my parents,” Mr. Taylor-Johnson said.

Mr. Taylor-Johnson said his family’s Thanksgiving traditionally features dishes like turkey, wild rice, fry bread and green bean casserole, his personal favorite. In recent years, he has encouraged family members to use the holiday to acknowledge the plight of their ancestors.

“Last year, we called it Takesgiving,” he said.

Cross-generational education also occurs in non-Native American households. Alice Julier, director of the Center for Regional Agriculture, Food and Transformation at Chatham University, in Pittsburgh, has incorporated Native American history in her teaching for nearly 30 years.

She said there’s a term used in academic circles to describe what happens when students like hers bring new knowledge home for the holiday: the Thanksgiving massacre.

“You come home armed with this information about how the world works,” Dr. Julier said, “and then you come back to your professors and say, ‘Well, that didn’t go well.’”

Indigenous studies is growing increasingly popular in academia, particularly among scholars whose work sits, as Dr. Julier’s does, at the intersection of food, race, class and gender.

Hiʻilei Julia Hobart, an assistant professor of anthropology at the University of Texas at Austin, said current events allow students to see more clearly the shared legacies of African-Americans, many of whose enslaved ancestors were forced to work land stolen from Native Americans, whose agricultural know-how was also co-opted.