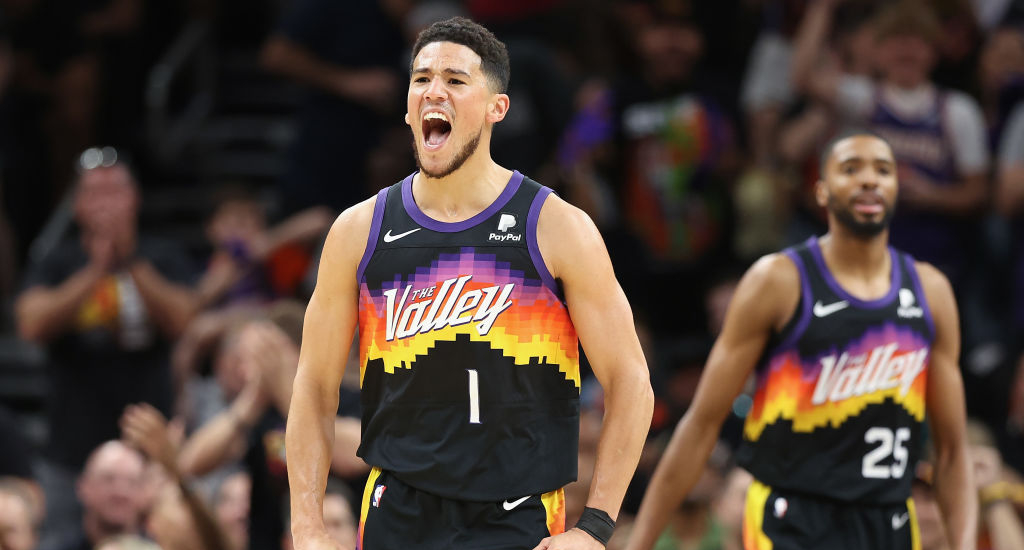 The Dallas Mavericks finally won a playoff series for the first time since 2011 and their reward was the best team in the league, finally healthy again after being banged up in the first round, looking to make a statement at home.

The Suns opened the game with a 20-6 run, fueled by some spectacular play by Devin Booker and Deandre Ayton, as well as a strong defensive effort, as the Mavs didn’t have an answer early for Phoenix’s size and energy.

The Mavs did respond in the second quarter, with Luka Doncic leading the way and Maxi Kleber providing a needed offensive lift with a hot shooting first half.

However, while they cut the lead to as few as four, it ballooned back to 13 at the half, as Phoenix shot over 60 percent from the floor, with seemingly everyone getting in on the act.

The Suns pushed their lead out to 17 at the end of the third quarter, as Booker continued his sensational play and Dallas just could not keep up with the onslaught from Phoenix on either end.

The most unbelievable play of the night came in the fourth quarter when JaVale McGee ripped Doncic clean in isolation, dribbled all the way down the court, and threw down a big dunk to finish off a one-man fastbreak to put the Suns up 21.

At that point, it appeared the game was over, and the Suns seemed to let up accordingly. The Mavs would steadily reel them in for the rest of the fourth quarter, cutting the Phoenix lead to just six with a minute to go, as the Suns offense stagnated and Dallas kept chipping away, led by Doncic and some suddenly timely shooting from Jalen Brunson and Dorian Finney-Smith.

The Suns were able to hold on, though, thanks to some tough (and lucky) buckets from the likes of Chris Paul, but it was a much more perilous situation than they expected to be in for the closing minutes.

A Luka three cut the lead to five with 7.2 seconds to play, but the Dallas rally wasn’t enough to fully close the gap as the Suns did enough at the free throw line to put away the Mavs in a 121-114 final. Leading the way for the Suns was Deandre Ayton, who had 25 points and eight rebounds, but was not heard from much in the fourth quarter as the Suns big man cooled off a bit after a 9-for-12 start, hitting just three of his final eight shot attempts. Booker finished the game with 23 points, nine rebounds, and eight assists, likewise cooling off a bit in the second half, while Chris Paul added 19 points and Cam Johnson had 17 off the bench.

Phoenix shot over 60 percent in the first half, unsurprisingly coming back to earth late to finish the game at 50.5 percent as a team from the field and 39.3 percent from deep. The Mavs will look to take some positives away from their late game execution on both ends, as they stopped giving up as many open shots and did a better job keeping Ayton from easy buckets inside in the fourth quarter, while also starting to get Brunson and Finney-Smith going after dreadful starts.

Doncic had 45 points, 12 rebounds, and eight assists in the loss, with Kleber chipping in 19 off the bench (most of which came in the first half), which is why getting Brunson and Finney-Smith some positive thoughts on the offensive end is so important to bringing some semblance of floor balance to the Dallas offense. We’ll see if that late rally was something real they can build off of in Game 2, or if it was simply a matter of the Suns letting off the gas pedal a bit too early.