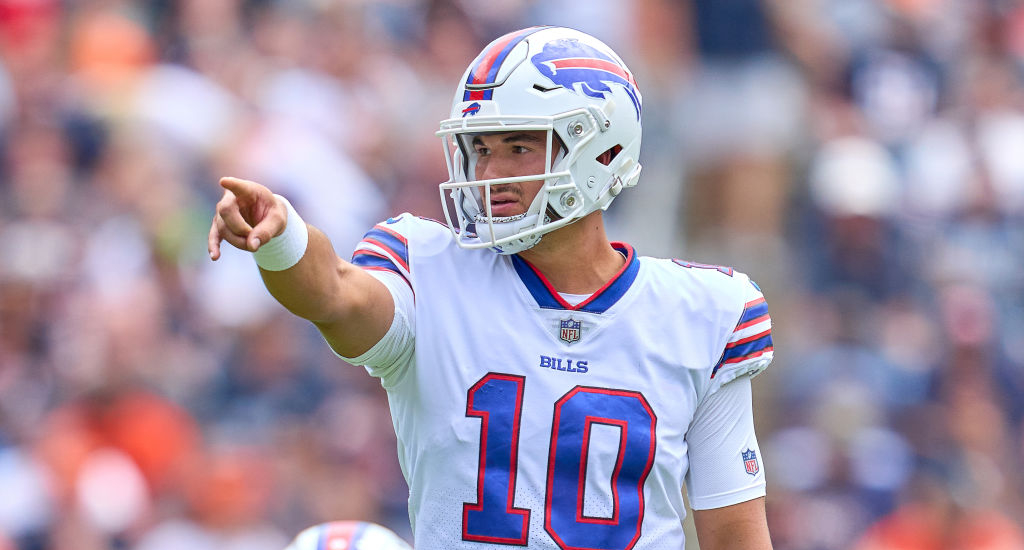 The Ben Roethlisberger era in Pittsburgh came to a rather unceremonious end last season, as the Steelers went 9-7-1 (arguably in spite of their veteran QB) before getting blasted in the first round of the playoffs by the Kansas City Chiefs.

Despite knowing Roethlisberger’s time was coming to a close, the Steelers had not set themselves up with a quarterback of the future in recent years, as Mason Rudolph’s time as a spot starter showed he was not likely to be the short- or long-term answer at the position. As such, they were rumored to be in the mix for a number of the top quarterbacks on the trade and free agent market, and after Aaron Rodgers returned to Green Bay and Russell Wilson ended up in Denver, they chose to shift their attention to a younger quarterback.

On Monday, word broke from Mike Garafolo and Jeremy Fowler that Mitch Trubisky, the former No. 2 overall pick of the Bears and most recently the backup for Josh Allen in Buffalo, was headed to Pittsburgh on a two-year deal with the expectation of starting for the Steelers.

The #Steelers have reached agreement on a two-year deal with QB Mitchell Trubisky, sources say. The former No. 2 overall pick heads to Pittsburgh as the expected starter in place of the retired Ben Roethlisberger.

Mitch Trubisky is signing with the Pittsburgh Steelers, per source.

Trubisky’s time in Chicago was uneven at best, as he struggled with consistency and found himself benched for a stretch in 2020 in favor of Nick Foles. All reports out of Buffalo were that he had come in ready to learn from Josh Allen and had taken strides, but there’s no real way to know whether there was real improvement until he gets back under center for a team. The Steelers are willing to take that risk, banking on his talent and recognizing that they’re in a position to take a swing on a guy like Trubisky on a short-term deal that gives them the flexibility to move on quickly if he falters — and allows them to shift focus elsewhere in this year’s NFL Draft that is short on high level quarterbacks.