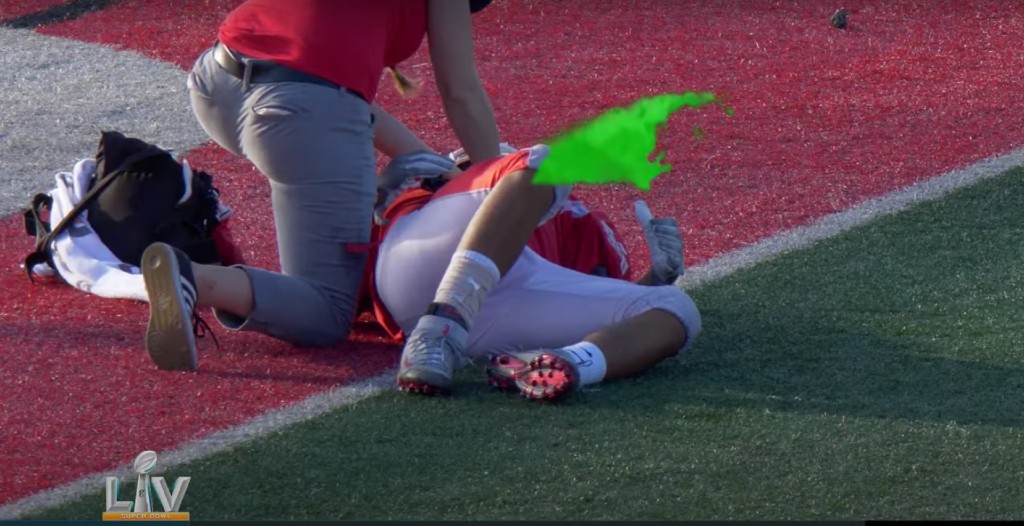 There will be plenty of pregame coverage ahead of Super Bowl 55 on Sunday, but Saturday Night Live got things started a bit early with a look at some concerning Super Bowl commercials during its cold open. Rather than the politics-filled opens the show has focused on in 2020 and early in the new year, Saturday’s edition was framed as the CBS pregame show for the biggest football game of the season. A game that was cleverly described as “four hours of television for 11 minutes of action.”

The sketch featured a packed studio full of analysts doing their best to keep things awkward. There were some uncomfortable jokes about the NFL plowing through its season amid the coronavirus pandemic, and a riff about showing various simulcasts of the Super Bowl, including a catty one on Bravo and a kids broadcast on Nick. That probably had the best visual joke of the sketch, which featured a doctored video of slime spraying out of an injured player’s leg.

But the highlight of the sketch was a spoof on Super Bowl commercials, which may be a bit more dour than in recent years in real life. On SNL, however, corporate social justice co-signing was spoofed by a commercial about equal rights from Cheez-It, and a “conservative” ad from Papa Johns that had a not-so-subtle nod to the QAnon and Pizzagate conspiracy theories.

Kenan Thompson nearly broke during a riff about turtles and frogs, but recovered in time to set up Aidy Bryant to play both Super Bowl-bound coaches during an interview switchero. It was an early highlight in a rare SNL cold open that didn’t focus explicitly on the political, but it was a welcome break from all that if we’re being quite honest.