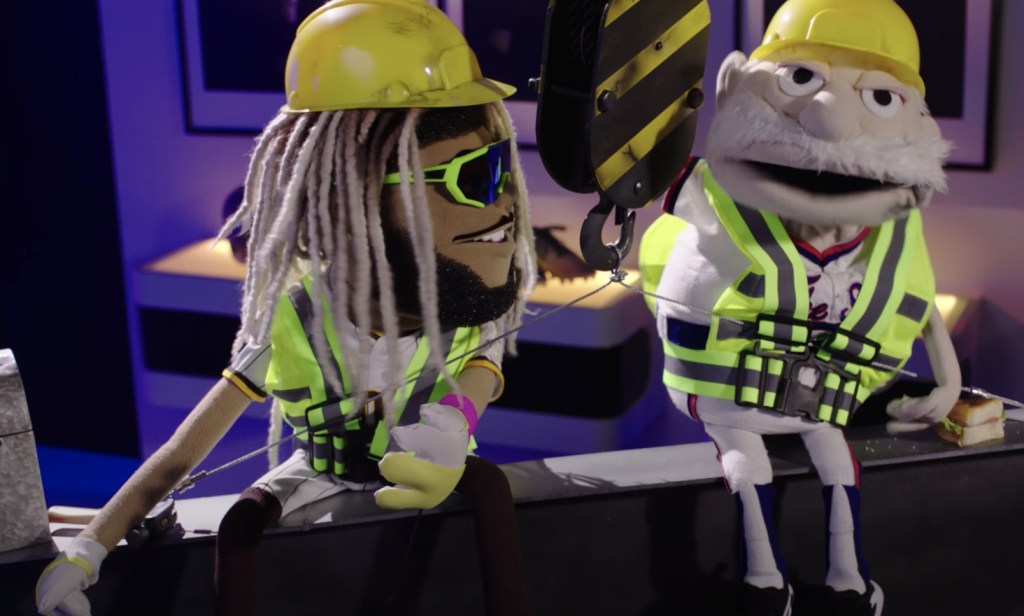 This one’s for the nerds who have been clamoring for the ultimate in baseball customization for years — a stadium creator attached to MLB: The Show. And with the game’s first step into the next-gen (and onto consoles other than those made by Sony, who produces the game), it’s finally coming (to the next-gen version of the game). And as one of those nerds, I’m giddy over the news of something whose absence I’ve bemoaned for years.

I’m also fully aware that such enthusiasm leaves me vulnerable to heartbreak should the Stadium Creator fall short of my admittedly unrealistic expectations. But the release of a new, mode-specific tease from MLB: The Show starring Puppet Fernando Tatis Jr. and Puppet Coach makes it a little safer to get excited. Not as excited as Puppet Tatis likely is over his cut of Human Tatis’ new mega-contract, but pretty close!

Trumpeting over 1,000 unique customizable features and packs that pull from modern architecture (with what seems like the ability to pull in some iconic features from existing stadiums, like the Coke bottle slide at Oracle Park in San Francisco) to fantasy themes (not sure what’s up with those sky pods!), the Stadium Creator shows real promise. Imagine the time you’ll sink into this and the bunch of different looks and weirdo dimensions you can bring to life. Ponder all the dingers when infield pop-ups become game-breakers. Useable in Diamond Dynasty and Franchise, there’s a real chance to both please the eye and affect the action in a meaningful way if that’s your aim.

The real big takeaway from the video, besides getting a somewhat extended look at the Creator in action, is the reveal that community shares are going to be a thing. As we’ve touched on before, the community is what really takes any sports game worth a damn to a close to maximum level. From expanded rosters to logos and jerseys, there’s a whole group of damn artists who sink a bunch of time into perfecting these things. And so that’s what I’m personally counting on with the Stadium Creator. From inspired choices that bring the weirdness to builds that come close to looking like some classic stadiums that haven’t made it into the game (the OG Yankee Stadium, Tiger Stadium, Ebbets, the Astrodome), there’s real potential to go beyond our own limits with the creator tool and experience what others are putting out. Welcome back, unrealistic expectations!

There are, of course, all kinds of questions still. Primarily, how high we can fly with the creator and the ease of use that is directly connected to that question. It’s also an open question if we can bring those builds into online play (my guess is no, but I am open to a pleasant surprise). But for now, this is something to get excited about ahead of the April 20 release of MLB: The Show 21.