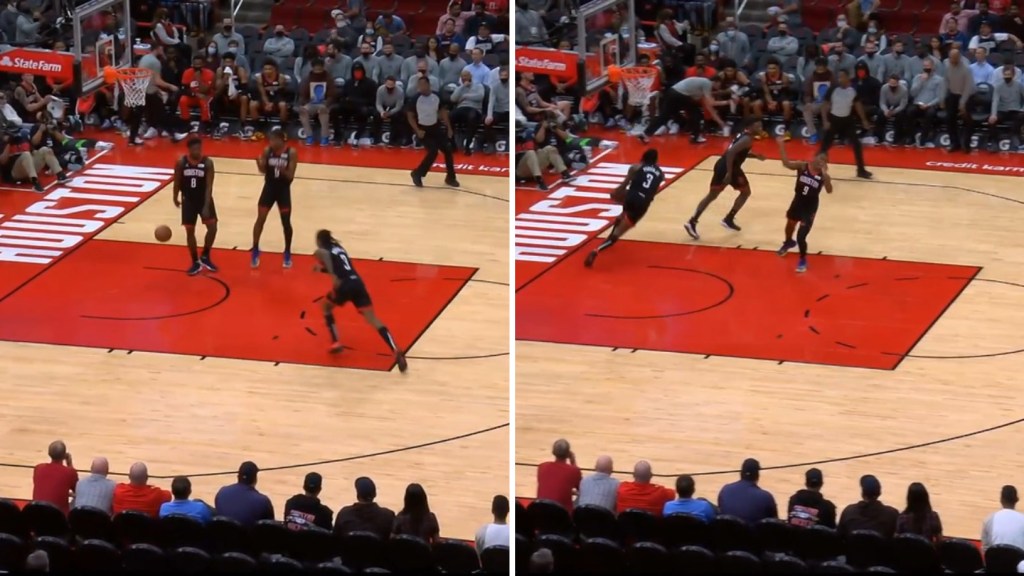 The Houston Rockets are riding a three-game winning streak after beating the Oklahoma City Thunder for the second time this season on Monday night. While much of the national conversation about Houston has focused on the John Wall situation, where he wants to return but in a starting role while the team wants him to come off the bench, the Rockets are quietly starting to look like a more competitive team with wins over the Bulls, Hornets, and Thunder in succession.

Christian Wood is leading the way, but Kevin Porter Jr. is also showing positive signs at the point guard position, as he’s averaging over 10 assists per game in the three-game streak. On Monday, he recorded his first career triple-double with 11 points, 11 assists, and 10 rebounds — the last of which took some serious effort on the part of he and his teammates.

With just over a minute to play, the Rockets worked extremely hard to get Porter his 10th board, with Alperen Sengun trying to tap the ball to Porter, Jae’Sean Tate then standing by the bouncing ball while Josh Christopher screams at KPJ to come get the ball.

The hometown scorer gave Porter Jr. credit for the rebound to get that triple-double, but we’ll see if that gets reviewed by the league. In any case, it’s some incredible teamwork to get Porter to a statistical milestone of his first triple-double and, for that, we must commend them. It’s not quite Ricky Davis missing a layup on the wrong basket on purpose, but it’s certainly the spiritual successor to Davis’ legendary attempt at getting himself a triple-double.