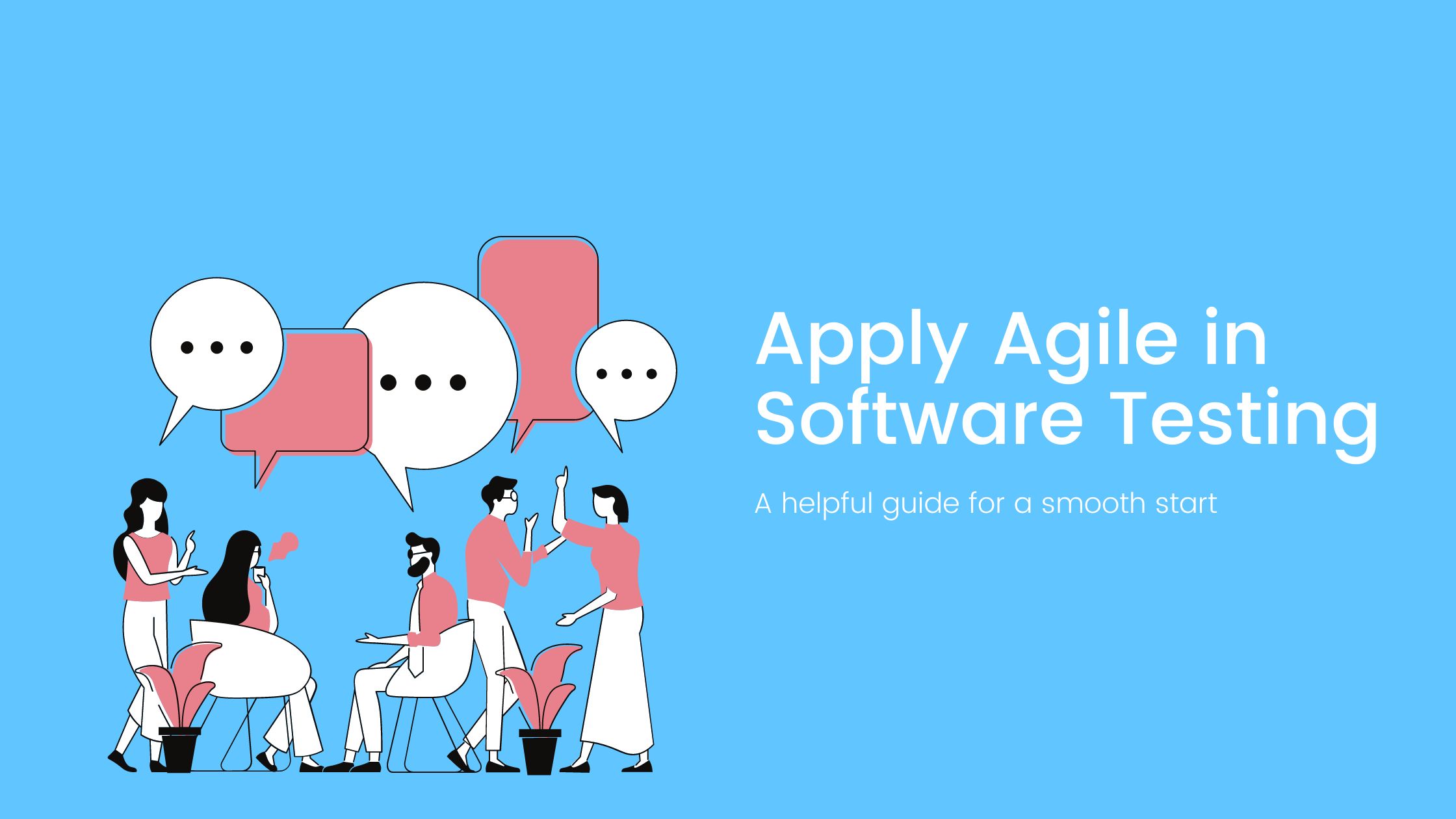 Agile approaches are gaining traction in the software development industry all over the world. They demand a new software testing approach that is in line with Agile’s fast-paced concept. Although test automation was not created with Agile in mind, it does enable Agile testing, which is an important part of the Agile idea.

Agile testing, which adheres to all of the practice’s principles, is required for agile initiatives. It is an essential part of Agile software development. QA teams may begin testing early in the process and continue testing throughout the process, rather than waiting for the final build.

Agile’s proactive strategy allows QA teams to access all basic components and levels of the product to evaluate its functionality, performance, and appearance. It allows an Agile SDLC to be completed, ensuring that all client needs are addressed and reducing time to market in a lean manner.

The agile method is the quickest approach to turning a concept into reality, especially for dynamic and constantly changing projects. Despite this, the Agile shift is challenging. The ability to iterate forever, which is its greatest significant advantage, is also the source of a plethora of serious roadblocks:

API testing can be challenging

Large quantities of data transfer across various servers are anticipated of modern commodities, particularly mobile applications. API testing must be done throughout the process to ensure data integration.

Code is continually changing due to frequent builds and deployments

The agile methodology is intended to adapt to ongoing changes. After each update, the application’s code-based and GUI layers must be tested to ensure that they continue to function properly in the face of new changes. It necessitates QA teams performing a substantial amount of regression testing.

The product receives new features and upgrades with each new build, resulting in a vast volume of new code. The application’s structure gets more complex, putting more demand on its performance. Bottlenecks in the development process are easily developed if the QA teams cannot complete all performance tests on time.

Even if the development work scope is divided into distinct sprints, the QA team must always ensure that all developed features work well with the current release. With so much testing coverage, manual testing becomes a miserable alternative. On the other hand, automation testing ensures test execution efficiency and overall testing quality by its very definition.

Regression testing can be done with minimal effort

Regression testing is the most significant type of testing that can be automated. All repetitive test cases can be designed ahead of time and run automatically, saving testers the time and effort of manually running them.

A collaborative team is required for every Agile project. Because QA teams are now involved in all SDLC phases, developers and testers must communicate quickly to keep up with frequent updates. A useful automation testing solution gives the team complete reporting capabilities and a strong relationship to CI/CD pipelines.

Another advantage of test automation for QA teams is the ability to conduct tests across browsers and systems. As a result, as new changes arise, the team will cover all possible testing components of their project with the right automation tool.

How to Implement Test Automation Effectively in Agile Teams

Agility and test automation are intrinsically incompatible. Automation testing is better suited to robust products with few last-minute changes rather than dynamic Agile projects. It’s critical to understand how to integrate automation into Agile teams before getting into Agile testing.

Prepare for Agile by planning ahead of time

Agile initiatives will only succeed if Agile teams support them. The QA and development teams are equally crucial to the project’s success from the first concept to the final construction. From the beginning, both parties should be proactive in their engagement with one another and the product owner while staying on top of all client requirements.

Know which test cases to automate in Agile projects

In an Agile project, not every test case can be automated. When there are many requirement changes, the Agile team has to make many quick code changes, making the code base fragile and unstable. Test automation solutions are incapable of handling such nuanced objectives, necessitating costly script maintenance in the long run.

Because the Agile development approach is all about continuous delivery, parallel testing is a logical fit in this strategy with test automation. With automation in place, QA teams can simultaneously run many tests on different devices, browsers, and operating systems.

Use DevOps Integration to your advantage.

DevOps is a must-have in all Agile methodology as it connects development, testing, and operations teams. QA teams can use DevOps integration to report and share their testing process across teams. DevOps integration has become a norm in many automation technologies.

Not all Agile testing should be automated, as previously stated. Agile teams should, however, choose an automated testing platform that covers as much of the testing scope as possible.

As the demand for Agile applications develops for nearly every software development company, the competitive advantage of automation shines out. Every Agile should keep these five stages in mind while deciding whether or not to use test automation. The list isn’t exhaustive, though. On a case-by-case basis, each team and business will need to look at other elements for their Agile automation.