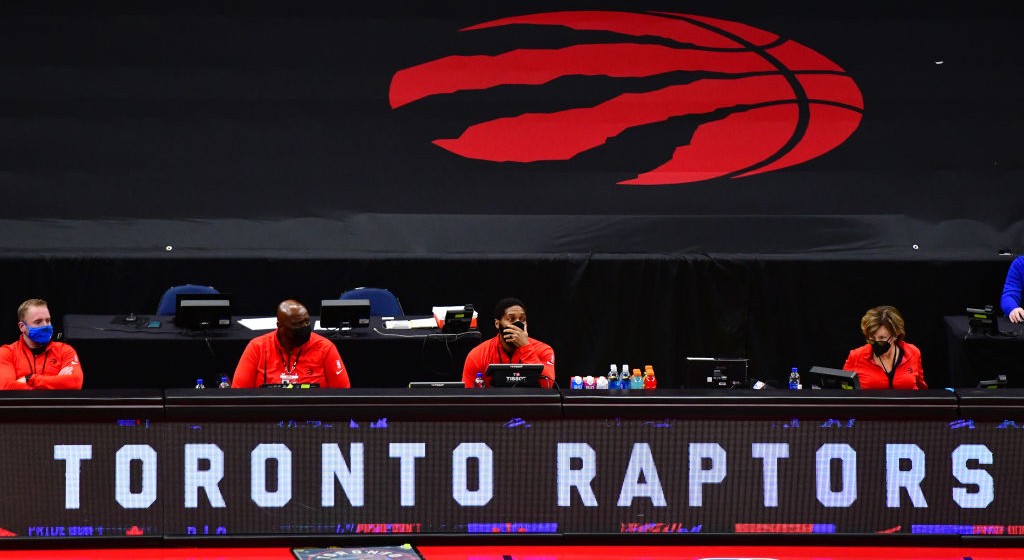 For International Women’s Day, the Toronto Raptors announced that their game on March 24 against the Denver Nuggets will feature an all-women broadcast team with Meghan McPeak, Kia Nurse, Kayla Grey, Kate Beirness, and Amy Audibert handling all broadcast duties on site and in the studio for the game.

It will be a very cool moment and hopefully will continue to open doors for more women in the NBA broadcasting space beyond just the traditional roles that have been afforded to women, chiefly on sidelines. Some of the very best in the business in the NBA analyst role, both in studio and on games, are women, with the likes of Doris Burke, Sarah Kustok, and Candace Parker all proving that. As said in the video voiceover, the hope is to continue to prove that women belong “in all roles on a broadcast team” and for girls and women watching to have their “dreams ignited” by seeing the five women run a full NBA broadcast in every capacity.

As for the specific roles, McPeak, who was previously the Raptors 905 play-by-play broadcaster and currently does Washington’s Capital City Go-Go’s games, will handle the play-by-play duties with Nurse, who does analyst work for TSN during the WNBA offseason, on color commentary, Grey handling sidelines, and Beirness and Audibert, two of TSN’s on-air reporters, hosting the studio show.