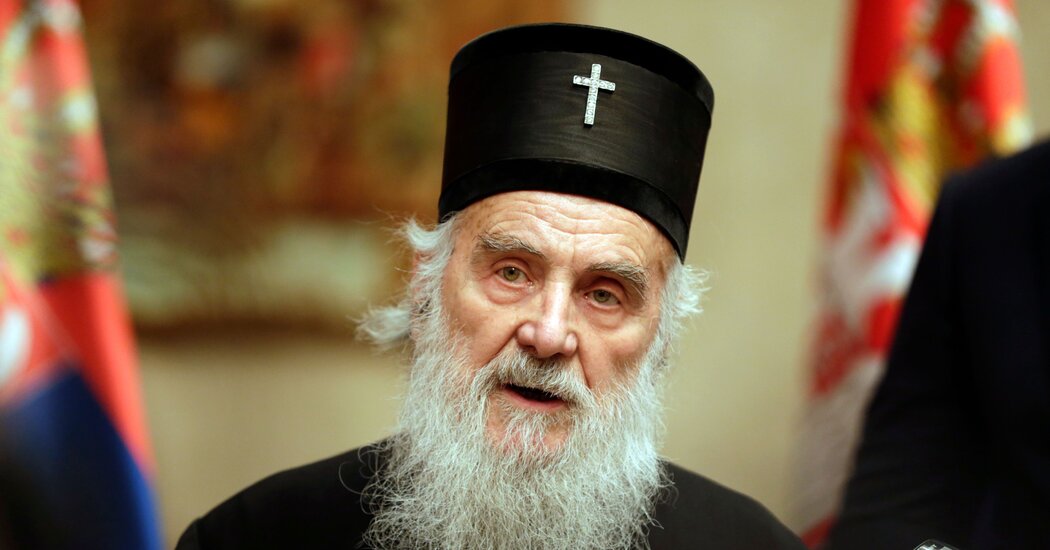 The leader of the Serbian Orthodox Church, Patriarch Irinej, died of the coronavirus on Friday, according to the church, three weeks after he attended a packed funeral for a senior bishop who had died after contracting the virus.

Patriarch Irinej, 90, was admitted to a military hospital in Serbia on Nov. 4, just days after he and thousands of unmasked people gathered in neighboring Montenegro to honor the country’s most senior bishop, Metropolitan Amfilohije Radovic, whose body lay in an open coffin.

Video from the event showed mourners kissing his body.

The majority of Serbia’s population of seven million identify themselves as Orthodox Christians, and Patriarch Irinej, born Miroslav Gavrilovic and enthroned as the 45th leader of the church in 2010, was a major political force in the Balkan country. He opposed Serbia’s joining the European Union unless the nation’s “culture and religion” were respected. And he was outspoken in his condemnation of both abortion and gay rights. “A woman’s duty is to give birth in order to regenerate the nation,” he once told a local newspaper.

He was also one of the few conservative clerics open to a possible rapprochement with the Roman Catholic Church to resolve historical animosity.

In 2019, as protests swept across Serbia to oppose the autocratic drift of the country’s president, Aleksandar Vucic, he condemned the tens of thousands who took to the streets.

“It was an honor to know you,” Mr. Vucic wrote. “People like you never depart.”

After having largely avoided widespread outbreaks of coronavirus in the spring, several Balkan countries, including Serbia, have faced a surge in cases in recent weeks. Serbia reported a record 6,109 new daily cases on Thursday, which likely understated the level of infection because of sporadic testing.

Last week, Serbia began fining people who fail to comply with the government restrictions, which include mandatory mask wearing.

In Montenegro, where the virus has also been spreading rapidly, is halfway through a two-week overnight curfew, with people barred from leaving their homes between 11 p.m. and 5 a.m. except for essential work and “medical and humanitarian needs.”

In other news around the world: