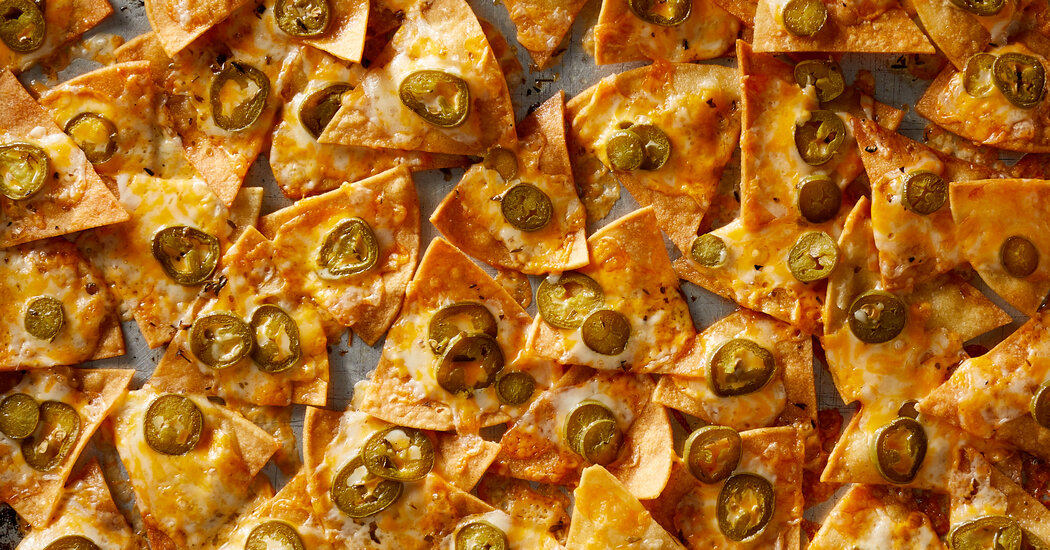 The biggest claim to fame for the border city of Piedras Negras, in Coahuila, Mexico, is that it was the birthplace of nachos, one of America’s most popular snacks. Yet that fact is not widely known beyond the region, something that has long frustrated the people of Piedras, as locals call their hometown. They’re so proud of their invention that they started the International Nacho Festival there in 1995.

“The nacho origin story is the one your mother tells you since the day you are born,” said Enrique Perret, a friend of mine who hails from that city of about 165,000 people. “After I moved from Piedras to Mexico City and kept boasting about it, I realized people were either not impressed or had an intense disbelief of nachos being from Piedras, let alone from anywhere in Mexico.”

Until recently, you could count me as one of the nonbelievers. I’m a native of Mexico City, and my first time eating nachos was also the first time I went to a movie theater in the United States, when my parents took our family to visit in the 1980s.

I experienced mixed feelings: Excitement as we waited in line surrounded by flashy blockbuster movie banners, and ordered the nachos. Suspicion as the basket was filled with chips from the orange-lit heated glass box, and the ultrayellow sauce flowed hesitantly from a gigantic pump. Perplexity as I tasted the oversize salty chips covered in the creamy sauce and too few pickled jalapeños.

I finished them, but not before asking for more jalapeños, to have enough for each bite.

Years later, after moving to the United States and becoming a mother to three boys, I found nachos again in stadium concession stands, and ate them along with hot dogs every single time. In my eyes, nachos equaled American entertainment. Just like other Mexicans who aren’t from Piedras, I was puzzled when anyone called them Mexican.

Now that I’ve lived in the United States for more than two decades, I’ve begun to grasp why they defy categorization. Mexican? American? Tex-Mex? Nachos are the epitome of comida fronteriza, food from the borderlands. It’s a place where foods seem caught in a constantly evolving in-between: not from here, not from there, strongly rooted but hard to pin down.

“Not Tex-Mex, Pati,” said Adán Medrano, a chef and an authority on the food of Southern Texas and Northeast Mexico, which he refers to as Texas Mexican food. “The original nachos are Mexican through and through, and have little to do with those. I mean, enough with the cheese!”

All those nachos I’d been eating, including the superlayered ones from Tex-Mex restaurants in San Antonio, were neither the only kinds nor the originals.

Nachos were born in 1940 when, as the story goes, a group of women walked into the Victory Club in Piedras outside business hours. But Ignacio Anaya, the maître d’hôtel, had no cooks in the kitchen. Mr. Anaya was known as Nacho, the traditional nickname for anyone named Ignacio in Spanish-speaking countries.

The wives of Americans stationed at a military base in Eagle Pass, Texas, the women had crossed the Rio Grande to shop and were looking for a drink and a bite. Aiming to please, Mr. Anaya ran to the kitchen and made a quick appetizer with ingredients he found. He topped totopos, fried corn tortilla chips, with Colby cheese and slices of pickled jalapeños, and threw them in the oven.

The women loved it so much they asked for seconds, and jokingly ended up calling them Nacho’s special. The dish became an essential part of the Victory Club menu, and a fixture on others in the region. Eventually, Mr. Anaya moved to Eagle Pass and opened a restaurant called Nacho’s.

“Nachos were created in a restaurant of mainly comida casera, the foods that Mexican-American families were eating at the time,” Mr. Medrano said. They are essentially open-faced quesadillas — a very quick meal that’s whipped up in Mexican homes — but made crunchy and bite-size, with Colby cheese.

Colby was widely used in the region during World War II, when nachos were created, said Dr. Adalberto Peña de los Santos, the director of the International Nacho Festival, which is usually held in October on the banks of the Rio Grande. It was a time of hardship on both sides of the border.

“In Piedras, we used to call Colby ‘queso relief,’” he said. “It was one of the ingredients provided by the U.S. government.” People who received the cheese on the American side of the border would share, sell or barter with relatives on the Mexican side.

Dr. Peña de los Santos said it was fitting that the signature dish from the region includes an American cheese and was first eaten by Americans: It shows how fluid the food and culture of the region are, routinely blurring the border.

“When the geopolitical border came, it divided the community and the families, but not in every way,” Mr. Medrano said. “We have been living and eating this shared and coherent culinary reality for thousands of years.”

Tex-Mex restaurants made nachos an essential part of the menu, baptizing the chips with all of the fixings their customers had come to expect: cooked ground meat, sour cream, table salsa, pico de gallo, guacamole and pickled jalapeños. With more versions came more layers, as carne asada, black olives, shredded Cheddar cheese, beans and corn were added to the dish.

It was Frank Liberto, a businessman from Texas, who took nachos to the masses in the 1970s. Two inventions made this possible: an emulsified cheese sauce that requires no refrigeration, has an extended shelf life and stays melted without heat, and a pump for the cheese so the nachos could be assembled as fast as people could order them.

Mr. Liberto introduced ballpark nachos in 1976 at a Texas Rangers baseball game, then in 1977 at a Dallas Cowboys football game. From there, they appeared at stadiums and movie theaters throughout the United States, and then one country after another.

You can find all sorts of nachos at the International Nacho Festival, Dr. Peña de los Santos said, styles that reflect trends throughout America and the borderlands, from the original recipe to nachos topped with carne asada, or pulled pork, or bulgogi. There are some with just one cheese, others with many cheeses. Many stick to pickled jalapeños.

According to festival guidelines, there are three things nachos must have: tortilla chips, copious amounts of melted cheese and some kind of chile. I would add that nachos need to be messy, saucy and provoke that “I can’t have just one” feeling when you take a bite.

You can be charmed with the honesty, simplicity and irresistible clash of flavors in the original nacho recipe: the barely salted tortilla chips, the nutty cheese with a slight bitter bite and the briny taste of the punchy jalapeños. Or you can have your fill of outrageous and over-the-top Tex-Mex versions, or top the chips with anything else you crave.

And even someone from Piedras like Mr. Perret, whose family has been there since the mid-1800s, loves a good ballpark nacho. The last time he made nachos for friends, for a Super Bowl party in February, he mixed Velveeta with milk to make something that resembled that ballpark nacho cheese, then topped the tortilla chips with chilorio — the adobo-seasoned pulled pork dish from Sinaloa — and pickled jalapeños.

“I couldn’t watch the game in peace,” he said. “My friends couldn’t get enough, and had me making batch after batch.”