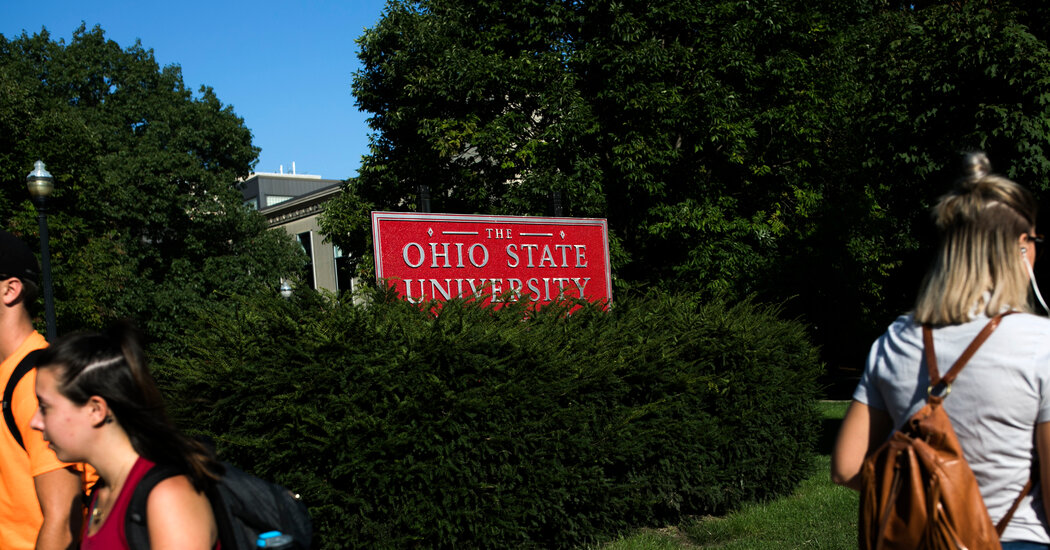 The Ohio State University has received a trademark for one of the most common words in the English language, one that the school’s supporters often forcefully emphasize when uttering its name: “The.”

The school’s players, alumni and supporters often speak its name in that consistent cadence, as football fans who have watched N.F.L. starting lineups introduce themselves on Sunday or Monday nights have most likely heard. While athletes from other schools may simply say they went to Michigan or Penn State, a Buckeye rarely cuts corners: “The Ohio State University,” they’ll say, usually adding a dramatic pause after stressing the “the.”

To Ohio State’s supporters, the tradition is cherished and sets the school apart from the rest. (To Ohio State’s rivals, it’s nauseatingly pompous. To each their own.)

The trademark, issued on Tuesday by the U.S. Patent and Trademark Office, won’t unleash heavy-handed lawyers in search of anyone using the word “the” — its protections are limited to a narrow set of circumstances that people are unlikely to cross unless they are selling knockoff Ohio State merchandise. But it gives the university some protection against unlicensed sellers, and adds to the school’s efforts to link itself to the very common word.

“THE has been a rallying cry in the Ohio State community for many years,” Ben Johnson, an Ohio State spokesman, said in a statement.

Many universities are fiercely protective of their trademarks, and Ohio State is no different. The trademark and licensing program earns the university an average of more than $12.5 million each year, Mr. Johnson said.

In one notable example from 2012, the University of Alabama apologized to a local baker after she received a cease and desist letter ordering her to stop using the college’s script A on cakes and cookies.

The Ohio State University first filed for a trademark for “The” in 2019, but ran into a conflict with the apparel designer Marc Jacobs, which was also applying to trademark the word for use in its clothing. They reached an agreement in 2021 that would allow them both to register for trademarks for the word; Ohio State’s trademark is limited to clothing — T-shirts and hats — that are sold through “channels customary to the field of sports and collegiate athletics,” according to its trademark.

That specific focus is why Ohio State trademarking the common word won’t stop other companies from having the word “the” in their names or products, said Josh Gerben, a trademark lawyer. The trademark would be used only if someone were trying to represent Ohio State using the word, he said.