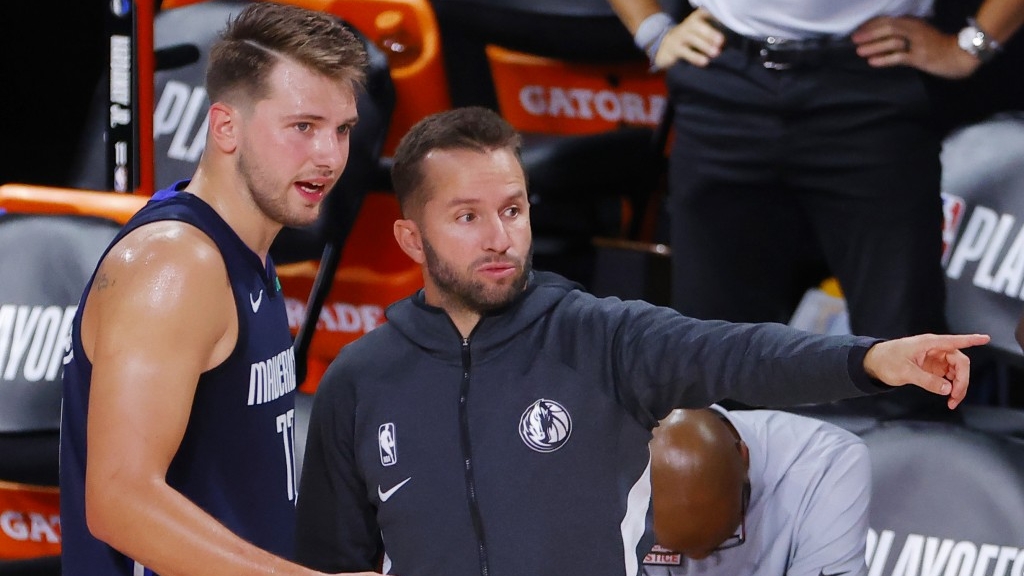 The Dallas Mavericks plan to part ways with veteran guard J.J. Barea later this week — just one week after signing him to a one-year deal — ESPN’s Tim MacMahon reported Wednesday. Barea recently signed a one-year deal worth the veteran’s minimum of $2.6 million. According to MacMahon, the Mavericks knew they would release Barea, but team owner Mark Cuban wanted to “reward” the longtime player for his service.

Filed to ESPN — Sources: Mavs plan to release J.J. Barea on Thursday. Mark Cuban knew this move was likely when Barea signed a 1-year, $2.6M deal last week but wanted to reward him for his impact over 11 years with Mavs. Barea, 36, still hopes to play in NBA this season.

Dallas had 16 players under contract — one more than the regular season roster limit — including six guards, which was why they reportedly chose to release Barea. In parting ways with Barea, the Mavericks prioritize developing young players like Jalen Johnson and Trey Burke, and focus their efforts on improving defensively. In 2019-20, the Mavericks were an elite offense, but ranked 18th in defensive rating. Mavs Moneyball reported that Barea himself had a defensive rating of 116 and a box plus/minus of -1.4, meaning he was allowing 116 points per 100 possessions and the team was 1.4 points worse per 100 possessions with him on the floor.

Barea began his NBA career as an undrafted rookie in 2006 before signing with the Mavericks, and he went on to spend 11 of his 14 seasons in the league in Dallas. The 5’10 guard was an integral part of the Mavericks’ 2011 NBA Championship winning season, leading the team’s comeback against the Miami Heat. Down 2-1 in the series, Barea started the next three games and averaged 13.3 points and 4.7 assists alongside Jason Kidd to help take down Miami and win the title. Barea also ranks fifth in in Mavericks history for most games played, having made 637 appearances.

After returning from an Achilles injury, Barea made 29 appearances last season and averaged 7.7 points and 3.9 assists while playing around 15.5 minutes per game, proving that he can still be productive off the bench. Throughout his career, Barea averaged 8.9 points and 3.9 assists per game, mostly coming off the bench for the Mavericks and Minnesota Timberwolves, for whom he played from 2011 to 2014.

ESPN reported that the 36-year-old is still eager to play in the NBA and has hopes to find a spot on a team this season. With valuable NBA Finals experience and great veteran leadership, Barea would be a worthy asset for a few NBA teams.

The Mavericks will debut their full roster in their first preseason game coming against the Milwaukee Bucks on Dec. 12. Dallas’ first game of the regular season is against the Phoenix Suns on Dec. 23.