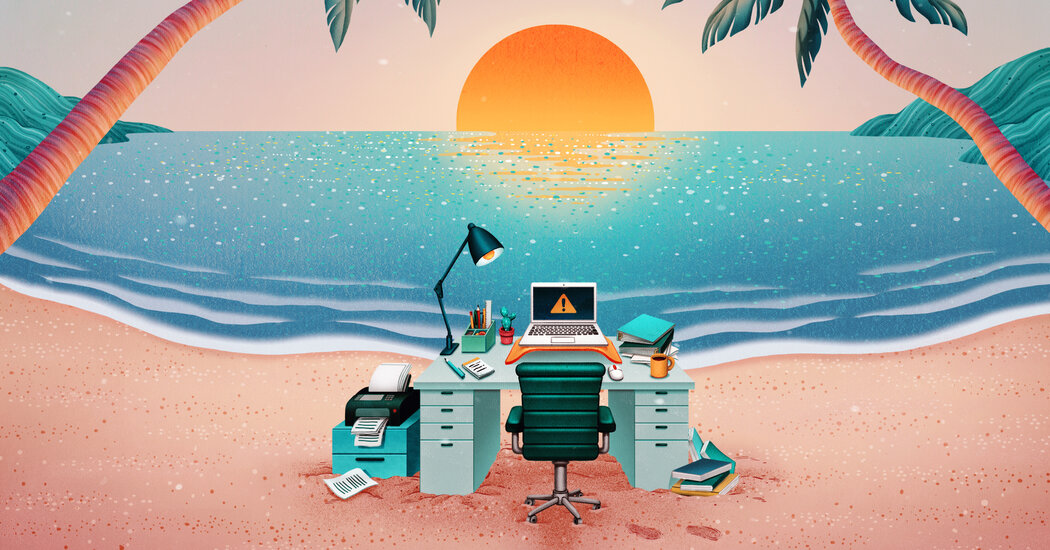 There are also visa issues. In years past, digital nomads would cross and recross borders as needed to avoid overstaying. That’s not so easy in a closed-border pandemic.

In March, Ryan McCumber, a business consultant, was stuck in Portugal. He had been traveling in Europe, and a comedy of errors and the sudden continentwide lockdown stranded him in a beach town in the Algarve with just four days of clothes while his dog and the rest of his luggage remained in Warsaw, a previous stop.

The pandemic made his conference business nonviable, so while in Portugal he decided to create a start-up accelerator focused on sports technology. The biggest challenge, Mr. McCumber said, was not making his partners in the United States too jealous while he took calls from the beach.

Although a mugger assaulted him, giving him 15 stitches and a scar above his eye, he fell in love with Portugal’s cheap sangrias and ocean air, and in early summer, when his airline finally offered him a flight home, he didn’t want to leave. With his visa already expired, Mr. McCumber went to the immigration bureau and asked for political asylum.

“I said, ‘Trump’s a dictator, my city is burning, and people are dying,’” he said, citing the president, protests against police violence and the virus. “They made a joke that I was the first person since the Vietnam War from America to ask for that.”

The government workers laughed, he said, and then approved an extension through the end of October. (Mr. McCumber has since returned to the United States.)

Others are struggling with the same vacation fatigue experienced by Mr. Malka, the Cabo-to-London-to-maybe-Bali wanderer. According to research conducted at Radboud University in the Netherlands, it takes eight days of vacation for people to reach peak happiness. It’s downhill from there.