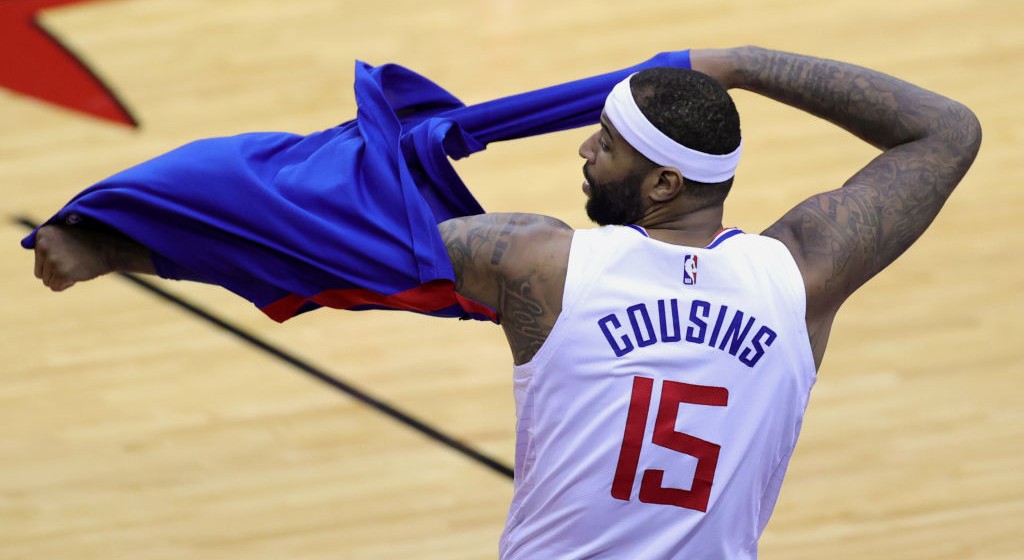 DeMarcus Cousins is sticking around in Los Angeles.

On Monday, the Clippers announced that Cousins has signed with the team for the remainder of the 2020-21 season. Cousins, 30, had his second 10-day deal with the Clippers expire on Sunday, meaning the team had to keep him for the rest of the year or let him walk.

Cousins started the year with the Rockets, but was waived in late February. Since signing with the Clippers on April 5, Cousins has averaged 6.3 points and 4.5 rebounds in 11.5 minutes per game. He’s exclusively come off the bench, backing up Ivica Zubac at center for the current 3-seeded Clippers.

Keeping Cousins around for the rest of the year is a depth play for Los Angeles. Due to the Achilles injury he suffered with the Pelicans and the ACL tear he suffered with the Warriors, Cousins isn’t the All-NBA caliber player he was with the Kings and pre-injury in New Orleans. As he exists now, he is a big body on the floor to defend, rebound, and score when the ball finds him, but he’s not the offensive hub he was at his peak. Come playoff time, Zubac and Serge Ibaka would seem much more likely to play the bulk of available minutes at center with Cousins serving as a third center as needed, or stepping up in the unfortunate circumstance of an injury.