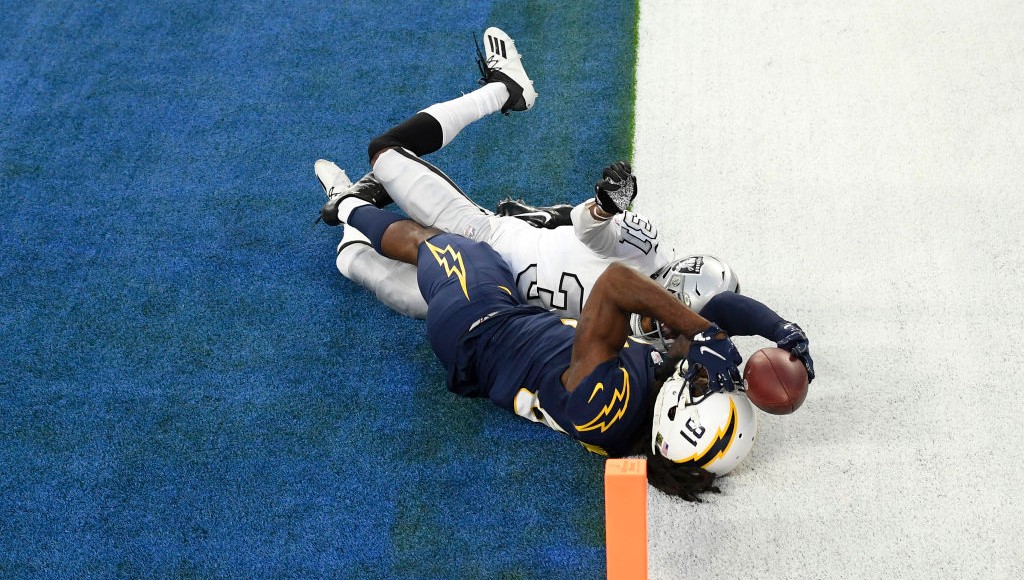 The L.A. Chargers have an incredible knack for playing in one-score games that come down to the wire, and, unfortunately for them, a propensity for losing those games in gut-wrenching fashion. Last week, it was seeing a fourth quarter lead evaporate to the Denver Broncos of all teams, as Drew Lock marched Denver to a touchdown on the final play of the game to beat L.A. by one point.

This Sunday, it was the Chargers turn to have a shot at a game-winning touchdown in the final seconds, with Justin Herbert orchestrating a drive down the field that put L.A. on the one yard line with six seconds to play and no timeouts. The first play they ran was a fade route to Mike Williams, who nearly hauled in a great pass from Herbert but had it broken up as he slammed to the ground, hitting his head and getting knocked out of the game.

The next play was another fade, this time to third-string tight end Donald Parham Jr. The play was initially called a touchdown, but review showed the ball clearly bounce off the turf as he went to the ground for an incomplete pass to give the Raiders the win and move the Chargers to 2-6 on the season.

The Chargers have now lost six games by a combined 24 points, which is rather incredible as this team just cannot find a way to get over the hump in the fourth quarter, whether on offense or on defense. They’ll be back at it again against the Dolphins next Sunday to see if they can find a new way to lose in crushing fashion, or if Justin Herbert can pick up his second win of his young career.