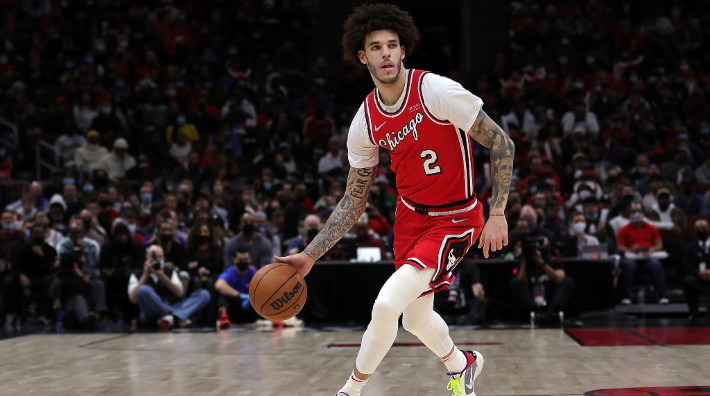 Due to a bone bruise and torn meniscus, Lonzo Ball has been sidelined since Jan. 15 and underwent surgery on Jan. 28. He was expected to miss 6-8 weeks, but has not responded well physically during the ramp-up process.

On Wednesday, the Chicago Bulls announced he “will not return for the remainder of the 2021-22 season” and “continues to experience pain with high-level physical activity.”

“He will continue daily treatment and rehabilitation in preparation for the 2022-23 season,” the press release read.

In 35 games with Chicago this season, Ball averaged 13 points, 5.4 rebounds, 5.1 assists, and 1.8 steals on 57.5 percent true shooting. He also shot 42.3 percent beyond the arc on more than seven attempts per game. Prior to his injury, he looked the part of an All-Defensive Team guard and helped anchor a Bulls defense that once ranked among the top 10.

His absence has been felt on both ends and is another unfortunate occurrence for a Chicago club riddled by injury. At one point, the Bulls sat atop the East and had the makings of a potential title contender. Injuries have hampered them in recent months, as they’ve tumbled to the six seed and lost eight of their past 12 games.

They’ll look to regain some momentum ahead of the postseason when they face the Boston Celtics at 7 p.m. Wednesday.