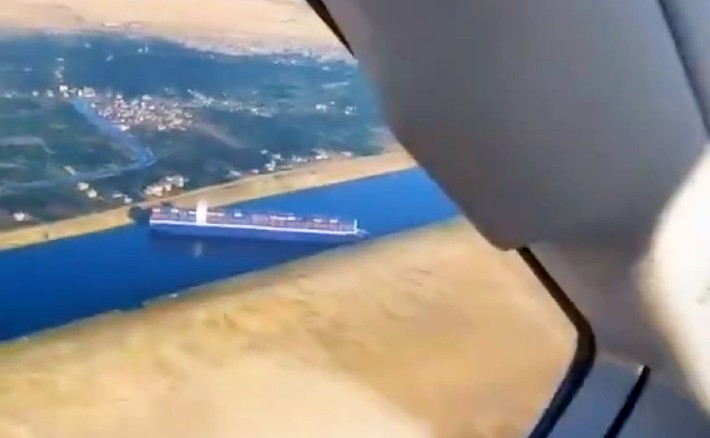 You probably know this by now, but there’s a really big boat stuck in the Suez Canal in Egypt. It’s a really important waterway, and on Tuesday a boat called Ever Given got its 220,000-ton self wedged into the side of the canal, effectively blocking anything from getting past it. The plight of the big boat has made for a lot of memes, and video games have been no exception to that trend. Like this SimCity reference, which is outstanding.

And while it’s a serious issue that will cause real harm in the world, perhaps the reason so many have gravitated toward making memes out of this moment because it’s an international crisis that’s understandable to basically anyone who sees a picture of the boat. Unlike an invisible pandemic killing 500,000 Americans or a financial crisis started by complex credit swaps, a big boat blocking the path of other boats is pretty easy to grasp by comparison. There’s some comfort in that, even if it is a worrying situation likely to cause chaos for weeks on end.

But while others try to solve that, someone put the boat stuck in the canal in Microsoft Flight Simulator

The visual is just from a user mod, so it’s not really clogging up virtual shipping channels in the rest of the game’s larger universe. But it’s an impressive feat that looks basically like all the other images we’ve seen of the stuck boat in real life. Hopefully the memes will subside and this vessel will become unstuck and everyone can go on with their lives very soon. Until then, expect to see a lot more about this boat as they try to get it out of the way using every possible method they can muster.