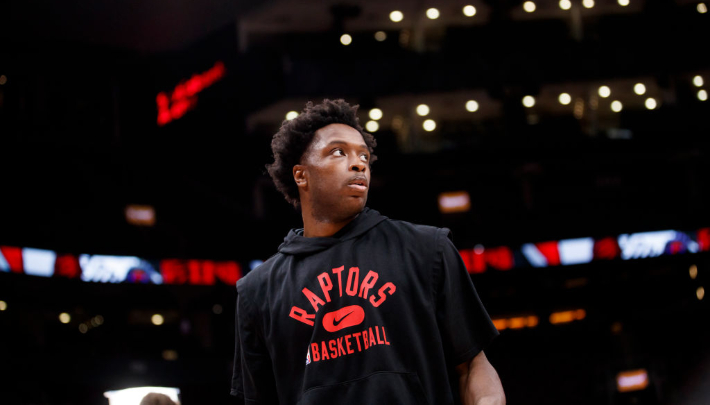 The Portland Trail Blazers made the first big move of Draft week on Wednesday when they sent a 2025 first round pick (via Milwaukee) to the Pistons in exchange for Jerami Grant. That was the first major move in an offseason that figures to see Portland remake their roster around Damian Lillard as he returns from injury.

By dealing for Grant without having to use this year’s first round pick, the Blazers can now shift their focus towards how to turn the No. 7 overall pick into more veteran help as they have their sights set on a return to the postseason in 2023. For weeks there have been rumblings that the Blazers had interest in Raptors forward OG Anunoby, and on Wednesday night Chris Haynes of Yahoo Sports confirmed that interest is not only real but the team is actively pursuing Anunoby ahead of draft night.

Portland Trail Blazers are in pursuit of Toronto Raptors forward OG Anunoby with the No. 7 pick in Thursday’s draft in play, league sources tell @YahooSports

With just about 24 hours until the Blazers are on the clock, it’s clear they are asserting their desire to move that pick and applying some pressure to get the deal done publicly — and also pressuring other teams (like the Atlanta Hawks with John Collins) into making their best offer before draft night as Portland appears set to decide between the best possible package.

It’s clear that Joe Cronin’s plan this offseason is to upgrade the Blazers forward rotation, as Grant and Anunoby (or Grant and Collins) would be an immediate upgrade at the 3/4 spot between Damian Lillard and, likely, a re-signed Jusuf Nurkic.