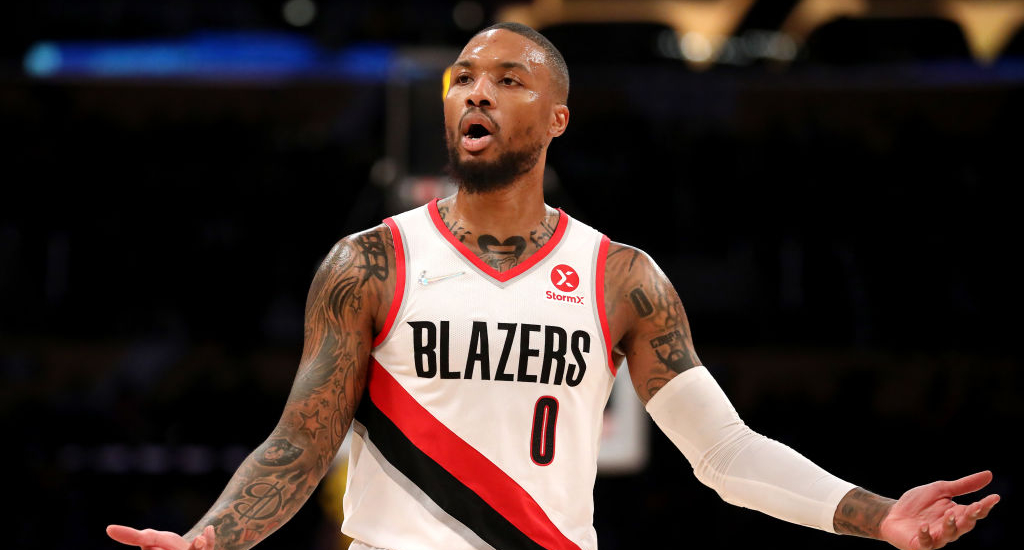 With just four teams remaining in the postseason (and soon to be three), the NBA Draft is the main focus for many teams and fans as we approach the end of May. The Draft Combine last week offered a chance for teams and fans to watch some of the draft hopefuls go through drills and scrimmages, and even more get measured and sized up.

This year’s Draft features what seems to be a consensus top-4, with Chet Holmgren, Jabari Smith, Paolo Banchero, and Jaden Ivey occupying those four positions on most every draft board in some order. Beyond that, though, there’s some serious variance and in drafts like that, there is always considerable potential for movement on draft night, as teams will fall in love with prospects and want to move up, while others will be looking to back down the board or out of a pick completely.

There are plenty of candidates in the lottery to look to trade their pick, but Portland sitting at 7th overall is widely expected to trade the pick, with Jerami Grant — who was connected with the Blazers at the deadline — among the anticipated targets, per John Hollinger of The Athletic.

The pick that seems even more certain to be on the move is Portland’s at No. 7, with sources saying the Blazers will push to immediately put a competitive team around Damian Lillard rather than start over. Detroit’s Jerami Grant has been the hot name here, but the Blazers could look at other options.

Portland spent the second half of the year actively tanking trying to land a top pick and when they found themselves 7th on lottery night — somewhat ironically getting leapt by the Sacramento Kings, who they purposefully got behind in the standings — it all but guaranteed Joe Cronin would be shopping that around. As Hollinger notes, there will not be an extended rebuild in Portland, rather a quick effort at a retool around Damian Lillard, with Anfernee Simons stepping into a prominent role this past season.

Grant is a popular choice to go to Portland given how he would provide them with a much needed wing scorer and defender, but it’ll be interesting to see what other names pop up between now and Draft night as potential trade targets for the Blazers as they look to flip a mid-lottery pick into someone that can help them vault right back into the playoff hunt next season.