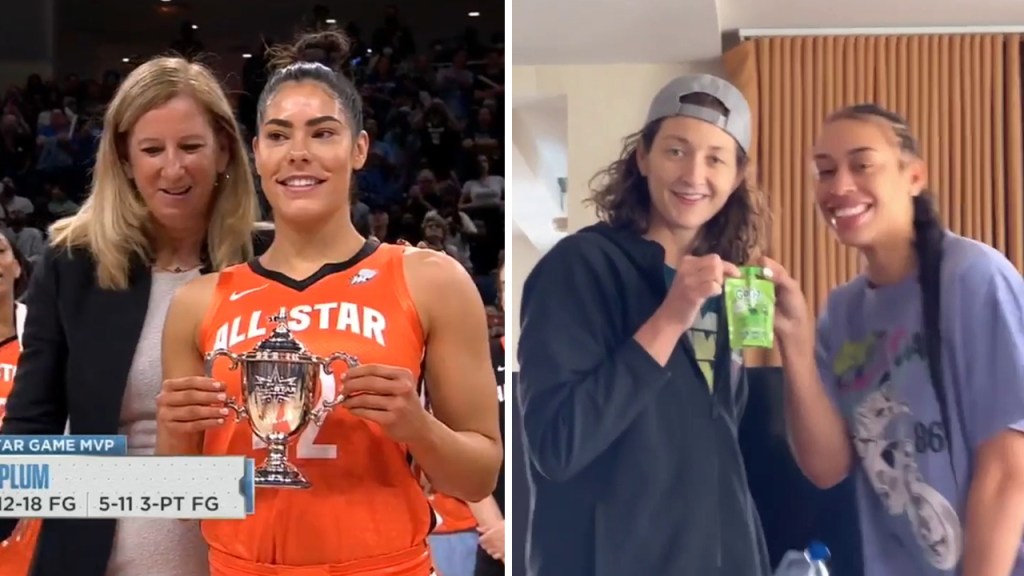 On Sunday afternoon, Kelsey Plum stole the show in Sue Bird and Sylvia Fowles’ final appearance in the WNBA All-Star Game, tying the all-time record with a 30-point performance to lead Team Wilson to a 22-point win in Chicago and earned All-Star MVP honors.

While it was a well-deserved honor, many fans couldn’t help but notice how hysterically small the WNBA MVP trophy was when she was presented it at midcourt by commissioner Cathy Engelbert.

The tiny trophy was so funny that even Plum’s Aces teammates had to crack jokes about it, with Theresa Plaisance and Dearica Hamby putting on a reenactment of the ceremony in Las Vegas’ team hotel to the delight of Plum and everyone else by using a squeezable apple juice in lieu of the very small trophy while everyone cracked up.

The real trophy really is preposterous, like they realized on Saturday they didn’t have an actual trophy and just drove out to a local shop in Chicago that supplies little league team trophies. In any case, Plum’s performance was sensational and deserving of the MVP honor, but probably a more substantial trophy. Hopefully next year they can get figure out something that looks better but at least everyone got some laughs about it this year.