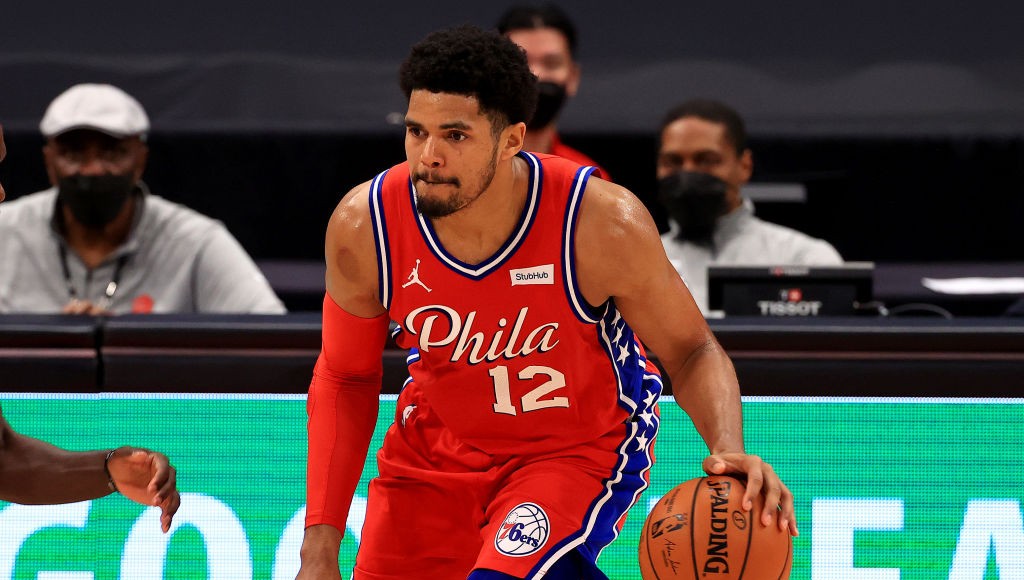 The Philadelphia 76ers entered this season with renewed hope after an offseason of pretty major shakeup from the top down in the organization. They hired Daryl Morey to run their basketball operations, brought in Doc Rivers as their new coach, and retooled their roster with shooters like Seth Curry and Danny Green to better fit with their core of Tobias Harris, Ben Simmons, and Joel Embiid.

The first name on that list of core players is often left off, as the conversation in Philadelphia has long centered on the young star duo of Simmons and Embiid and whether the two could co-exist on a winner. However, Harris holds a lot of the keys to whether that can happen, as he was the one they invested heavily in to be the balance to those two on the wing and this season he’s having one of the best of his career, back under the guidance of his former coach in L.A. in Rivers.

Harris is averaging 20.6 points, 7.8 rebounds, and 3.4 assists per game on 51.3/40.3/89.4 shooting, which are similar to his career year in 2018 with the Clippers that had Philly wanting to trade for him. Harris has taken this step forward in lock-step with the rest of the team. It’s hard to know exactly who is pulling who along, but there’s no doubt that Harris’ improvement has been a big reason for the Sixers jumping out to a 20-11 start, good for tops in the East.

And yet, Harris isn’t discussed often as a true third star for the Sixers in the same vein as the way the Nets new Big 3 is discussed, and in a recent interview with The Athletic’s Sam Amick, he explained how that frustrates him at times.

Yeah, you know, that shit pisses me off. I ain’t even gonna lie. But I also kind of get it because that’s kind of been me my whole life. …

I’ve come to grips that I’m not the flashiest player, not the sought-after hype machine type guy, you know? When I came out of college, I remember telling my older brother when I was going through all these workouts, saying, ‘Yo, I’m gonna go lottery.’ And he said to me, ‘I don’t think so.’ I’d say, ‘What do you mean? Why not?’ He was just like, ‘You just don’t have the hype like the other guys.’ … But he was actually 100 percent correct, you know what I’m saying? For me, that was just one of those things where I was like, ‘Man, I’m not that guy but I also know that I’m a winner and I know how to win and I know how to be a winner for my guys.’ At the end of the day, that’s all that matters to me, really. But I do hear it, and it does get to me at times, but I have to stay rooted in who I am and what I want to be known for at the end of the day.

It’s understandable why Harris would feel slighted by the way the Sixers are discussed, which is so often Embiid, Simmons, and everyone else. He’s having a tremendous season, likely just below All-Star level for this year but on the cusp, and that is a huge deal for this Sixers team. Still, when discussing “Big Threes,” he’s not the type of guy that’s going to often get brought up in that conversation because he hasn’t yet proven to be able to play at that star level when it counts the most.

The Nets have two MVPs and a consistent All-Star performer who’s played a huge role on a title team, so naturally they’ll be discussed differently than the Sixers. Philadelphia, meanwhile, can have a sensational regular season and the same questions about the playoffs will linger, and until they get over that hump and prove themselves as a contender come playoff time by winning some of the series they’ve come up short in, the recognition for Harris and the belief in Simmons and Embiid as a duo won’t come.