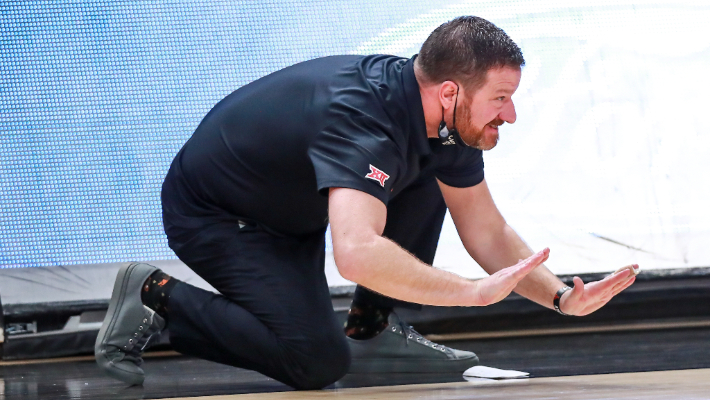 Tuesday’s match-up between Texas Tech and West Virginia wasn’t just the best game in the Big 12, but the best game in the world of men’s college basketball on Feb. 9. For the most part, the game lived up to the hype with two top-15 teams squaring off in a competitive contest in Lubbock but, as the proceedings continued, the officials became a bigger factor. In the end, the referees whistled 49 (!) personal fouls in the 40-minute contest, taking away from the flow of the game, and Texas Tech head coach Chris Beard reached the end of his proverbial rope.

In the final minute and with his team trailing 77-71, Beard went off on the officials. Though it isn’t ideal to go crazy in that spot, the game was probably over given the time and score and, with that as the backdrop, Beard got his money’s worth while earning a memorable ejection.

Chris Beard just picked up one of the best ejections I’ve ever seen, even stopped yelling at the refs to fist bump Bob Huggins pic.twitter.com/Mz13Wv1hQG

There is a lot happening here but, as noted in the video caption, the best part may have been Beard’s decision to give West Virginia head coach Bob Huggins a fist bump on the way out. If that wasn’t the pinnacle of Beard’s performance, another highlight was the 47-year-old Beard sitting down on the floor as part of his mission to prove a point.

Finally, Beard decided to sprint, or at least jog with purpose, to the locker room after receiving the heave from the officials. The broadcast notes that Beard’s frustration had been boiling for some time and, with 49 total fouls including 29 on the Red Raiders, it is easy to see why. Still, this is an all-timer from a (very) well-regarded college basketball coach, and it draws attention to a game that was already prominent through the lens of the sport in early February.