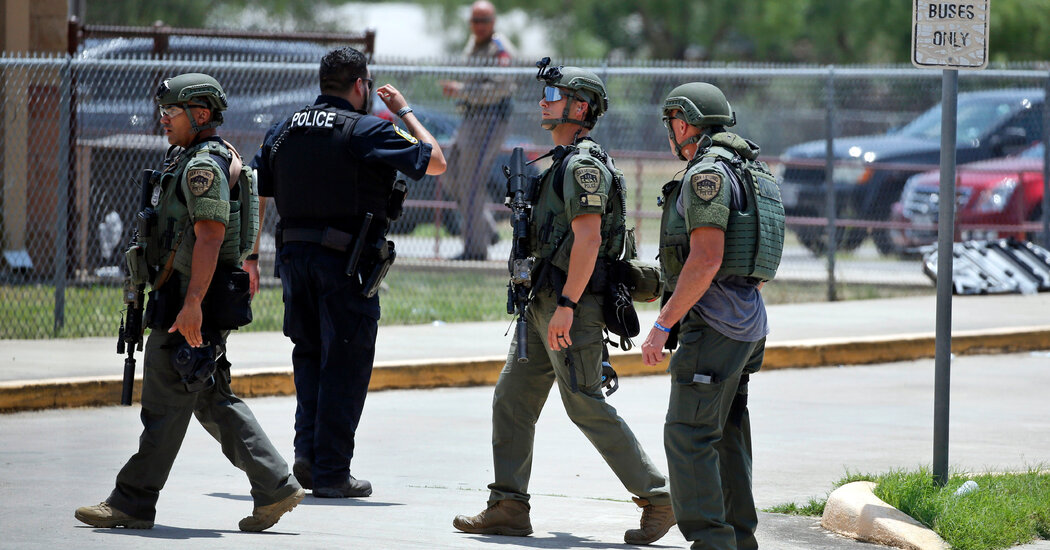 The shooting at an elementary school in Uvalde, Texas, on Tuesday jolted a nation numbed by a drumbeat of mass shootings and evoked painful memories of another time a gunman crossed the sacred threshold of an elementary school and opened fire in Newtown, Conn., 10 years ago.

The shooting at Robb Elementary School on Tuesday “horrifically, incomprehensibly” killed 14 students and a teacher, Gov. Greg Abbott announced. Within hours, the death toll rose to 19 students and two adults.

It was the deadliest shooting at an elementary school since Newtown, according to Everytown for Gun Safety, a gun control advocacy group.

The shooting at Sandy Hook Elementary School in Newtown, Conn., in 2012 killed 20 first graders and six adults and plunged the nation into a stunned grief. The image of 6-year-old and 7-year-old children sprayed with bullets and stripped of life was initially seen as a potential turning point in a national effort for stricter gun laws, but failed to lead to immediate results in Congress. In the year after Newtown, newly enacted state laws more often loosened gun laws than strengthened them.

Though shootings at schools quieted during the beginning of the pandemic, when schools across the country shut down, they began again in earnest last year as society reopened and more students returned to learning in person.

Before Tuesday, there had been 26 shootings at schools so far this year, resulting in six fatalities, according to a tally by the news outlet Education Week

And there are indications that instances of gunfire at schools have been increasing. Education Weekly recorded 34 school shootings last year, an increase from before the pandemic. The outlet tallied 24 school shootings each in 2019 and 2018.

Most shootings on school grounds do not result in mass fatalities, but mass shootings at schools have been among the highest profile in a nation ravaged by gun violence.

The shooting at Sandy Hook in Newtown has been the country’s deadliest shooting on a K-12 school campus, followed by Parkland. Tuesday’s shooting at Robb Elementary was the third deadliest, according to Everytown for Gun Safety.

In a statement, Newtown Action Alliance, an advocacy group founded by residents in Newtown after the shooting in 2012, called for immediate action in Congress.

“We are devastated by yet another heart wrenching school shooting incident in America,” the group’s chairwoman, Po Murray, said in a statement. “For the past decade, we have warned all Americans, including elected politicians across the nation, that if a mass shooting can happen in Sandy Hook then it can happen anywhere.”