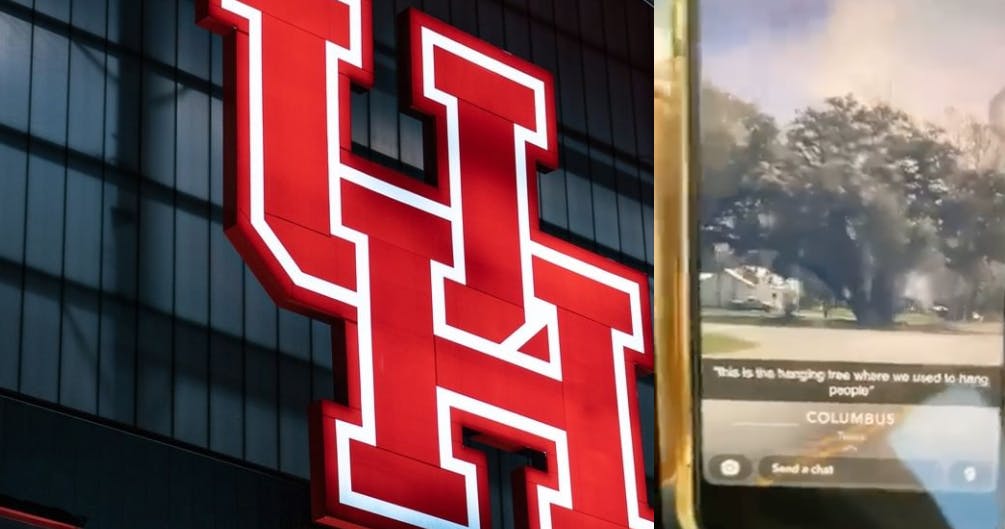 A Texas university is in an uproar over a racist video that includes multiple student athletes.

The University of Houston (UH) student newspaper, the Daily Cougar, first reported on the video.

The person shooting the video from inside a moving car focused on a large oak tree on a street in Columbus, Texas. It has no sound but includes the caption, “This is the hanging tree where we used to hang people.” The tree is the site where two Black teens were lynched by a white mob in 1935.

The Cougar reports that the video shows two members of the UH volleyball team laughing as they drive past the tree. A third member of the team was reportedly holding the camera.

The Daily Dot isn’t reporting the names of the students accused of being in the video because it was unable to independently verify their identities and ages.

The video was reportedly first posted to Snapchat, then reposted by an anonymous Twitter account over the weekend.

“This is what the Houston volleyball program is about??! And the other girls think that it’s funny enough to just allow it!!” the anonymous account added in a follow-up tweet.

“We must do better!! They must be held accountable for their racist actions for change to occur or it will keep happening!!”

The video sparked outrage on the UH campus and beyond.

UH released a statement to a local ABC affiliate saying that it was aware of the video and that it “does not represent our values and is inconsistent with our efforts to foster a diverse, inclusive and respectful environment.”

“As the second most diverse public research institution in the country, we encourage constructive and respectful dialogue, cultural awareness, and a spirit of unity,” the spokesperson reportedly added. “We understand the concerns this has caused.”

Many are calling for the students from the video to be punished.

As of Friday morning, the school hadn’t indicated whether the students will face any consequences.