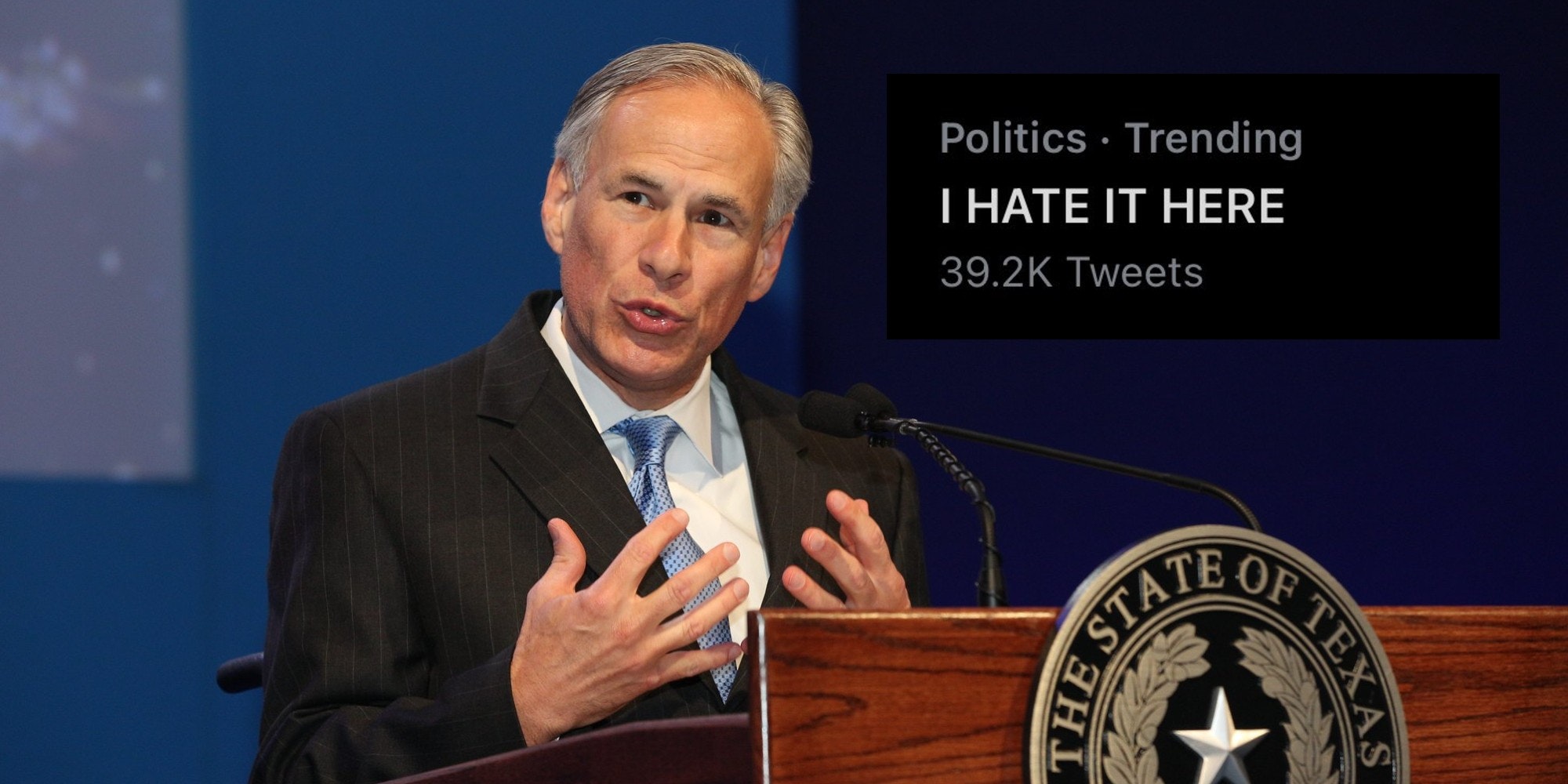 Texas Gov. Greg Abbott announced on Tuesday that the state would reopen and abandon its face mask mandate, despite the ongoing coronavirus pandemic, leading many to express their disgust with The Lone Star State.

After Abbott issued a new executive order—which is set to go into effect next Wednesday—to cancel health mandates put in place in 2020, some Texans began declaring their hate for the state on Twitter.

In fact, the term "I HATE IT HERE" became a top trend on the social media platform just moments after the news was announced.

Although Abbott noted that private businesses still reserve the right to require masks if they choose, many fear that the coronavirus will see a resurgence as a result of his actions.

One user noted that Houston just became the first city to have detected every major Covid strain.

Others simply reached for the closest meme to express their displeasure with Abbott and his decision.

Although health experts have warned about relaxing precautionary measures prematurely, Abbott has optimistically stated that "Texans have mastered the daily habits to avoid getting COVID."

"We are the laughing stock of the century," @Beqiri_Mina said. "I hate it here."

As noted by the Austin-American Statesman, Dr. Rochelle Walensky, director of the U.S. Centers for Disease Control (CDC), said that moves to reopen could jeopardize all the efforts made to clamp down on the virus thus far.

"Please hear me clearly: At this level of cases with variants spreading, we stand to completely lose the hard-earned ground we have gained," she said. "I am really worried about reports that more states are rolling back the exact public health measures we have recommended to protect people from Covid-19."

In response, the Texas Hospital Association issued a statement asking members of the public to still wear masks.

"We know that it works. It protects health care workers and the people around you," the statement reads. "More infectious variants are circulating in Texas, and millions more people need to be vaccinated. We should still be doing everything we can to protect each other."

Many are concerned that Texas will find itself back under lockdown if Abbott's plan backfires.

"Can’t wait to be back under a super strict lockdown when they realize this is a horrific idea," @kaiitlinicole said. "I hate it here."

Abbott added on Twitter that his executive order ensures "that all businesses and families in Texas have the freedom to determine their own destiny."