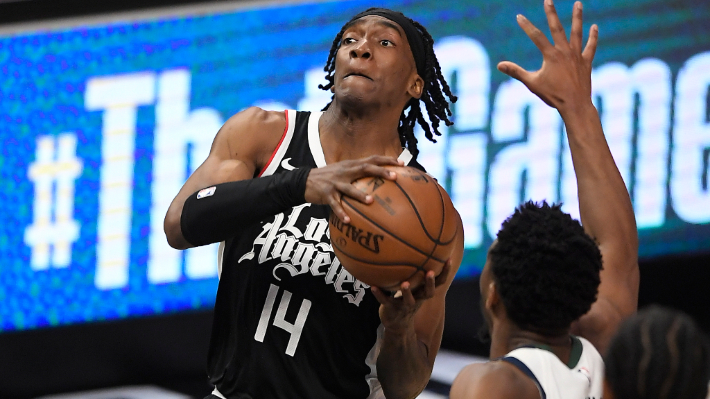 After falling down 0-2 on the road, the Clippers capped off a series comeback by fighting from 26 down to finish off the Jazz in six games for the franchise’s first-ever appearance in the conference finals.

Utah took a commanding lead early off hot shooting by Donovan Mitchell and Jordan Clarkson. Mitchell started things off with double digits in the first period, playing aggressively despite clearly being hampered by his right ankle sprain. But it was Clarkson who put the pedal down in the second, scoring all 21 of his points in the frame to put Utah up 21 heading into the half. The pair looked to give the Jazz a sturdy lead they could protect in the third and fourth quarters.

Terance Mann had other ideas. The young wing, who broke out to close out the first round series against Dallas and has stepped into the starting unit with Kawhi Leonard out, put together an unreal second half on both ends. Despite his inexperience and lack of offensive polish, Mann attacked the rim relentlessly and provided energy for a Clippers team that can occasionally lack it.

Mann scored 20 in the third period to give him the most points of his entire basketball career.

That helped the Clippers to a 17-0 run in the third quarter that cut Utah’s lead from 20-plus to single digits heading into the final period. Jazz coach Quin Snyder strangely took Mitchell out for part of the run, which he might come to regret knowing the outcome.

In the fourth quarter, the Clippers’ offense exploded. Both Mann and Reggie Jackson went at Gobert inside without fear, and because Los Angeles played so small, there wasn’t anywhere great for Gobert to go with Mann demanding defensive attention and the whole roster hitting shots.

Because of those adjustments, Gobert just did not intimidate Clippers whatsoever.

At the same time, Paul George was able to go into playmaking mode and set his teammates up because they were making shots. He finished the game with seven assists to go along with 28 points and nine rebounds.

Everyone from Patrick Beverley to Nicolas Batum joined in on the parade, and it was a mirror image of the previous half, when the Jazz couldn’t miss. Utah was 12-for-19 from deep in the first half while the Clippers were 6-for-20. In the second half, the Clippers shot 14-for-19 from behind the arc while the Jazz were 9-for-24.

A Jazz team that is supposed to inspire fear in anyone who dares enter the paint crumbled, as Gobert allowed baskets at the rim repeatedly, turned the ball over, and allowed 81 second-half points to the Clippers. With the comeback, the Clippers will make their first appearance in the conference finals in franchise history and secured a matchup with the Phoenix Suns.