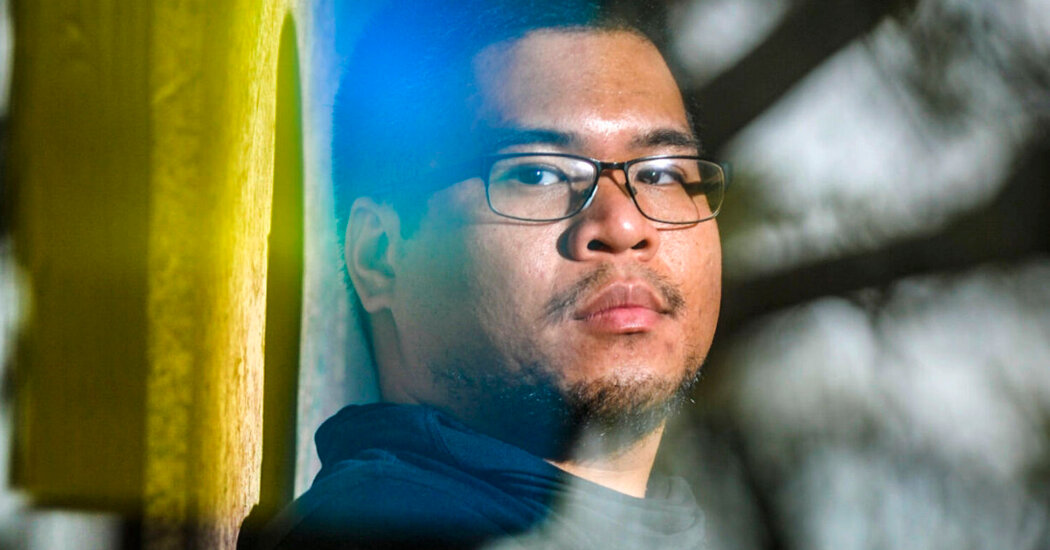 Ten prisoners of war, including U.S. and British citizens, have been transferred to Saudi Arabia as part of an exchange between Russia and Ukraine, Saudi officials said on Wednesday.

The Saudi foreign ministry said on Twitter that Mohammed bin Salman, the Saudi crown prince, had mediated the release.

The timing of the release was striking, coming just hours after President Vladimir V. Putin of Russia intensified his war effort in Ukraine by announcing plans to call up roughly 300,000 reservists to fight while also taking the West to task over its support for Ukraine with a veiled threat of using nuclear weapons.

The arrest of foreigners in Ukraine has alarmed human rights advocates and Western governments, raising questions about the protections afforded to thousands of foreign-born fighters serving in the country, some of whom have been taken prisoner on the battlefield.

The released prisoners included several who had been sentenced to death in Russia-occupied eastern Ukraine.

Among those released were two Americans who had been held captive for more than three months: Alex Drueke, a former U.S. Army staff sergeant who served two tours in Iraq, according to his aunt, Dianna Shaw; and Andy Tai Ngoc Huynh, a former U.S. Marine, according to Ms. Shaw, who said she had been texting with Mr. Huynh’s family.

Mr. Drueke and Mr. Huynh, a California native who had been living in Alabama, disappeared together when their platoon came under “heavy fire” on June 9, causing all its members to fall back except for the two of them, according to a statement from Mr. Drueke’s family. They had volunteered to fight in Ukraine and were captured near the city of Kharkiv on June 9 while fighting alongside other foreign soldiers.

Five British citizens who had been held in Ukraine by Russian-backed proxies have been released, Prime Minister Liz Truss said, calling it “hugely welcome news.” Ms. Truss thanked President Volodymyr Zelensky of Ukraine and Saudi Arabia for their help securing the citizens’ release.

“Russia must end the ruthless exploitation of prisoners of war and civilian detainees for political ends,” she said.

The Saudi ministry said it was working to return those released to their home countries, which also included Morocco, Sweden and Croatia.

Robert Jenrick, a Conservative member of the British Parliament, wrote on Twitter that Aiden Aslin was among the prisoners who was released. Mr. Aslin’s hometown, Newark, is in Mr. Jenrick’s district.

Mr. Aslin was one of three men — including Shaun Pinner, a British citizen, and Brahim Saadoun, a Moroccan — who were sentenced to death in June by a court in Russia-occupied eastern Ukraine. Prosecutors had accused the three men of being mercenaries and terrorists who were seeking to violently overthrow the government of the Donetsk People’s Republic, one of two breakaway regions in eastern Ukraine that Russia has recognized.

“Aiden’s return brings to an end months of agonizing uncertainty for Aiden’s loving family in Newark who suffered every day of Aiden’s sham trial but never lost hope,” Mr. Jenrick wrote. “As they are united as a family once more, they can finally be at peace.”

One of the freed Americans, Mr. Drueke, is an avid hiker who before the war had been living on family land in rural western Alabama while hoping to plan “a new adventure” with his Mastiff rescue, Diesel, according to a previous statement by his family.

In April, before leaving for Ukraine, Mr. Huynh told WAAY-TV, an ABC affiliate in northern Alabama, that he had decided to travel to Ukraine and fight after seeing 18-year-olds fighting for their freedom.

Mr. Huynh studied robotics. He had been in the Marines for four years, entering right after graduating from high school.

“I know there’s a potential of me dying,” he told WAAY-TV. “I’m willing to give my life for what I believe is right.”