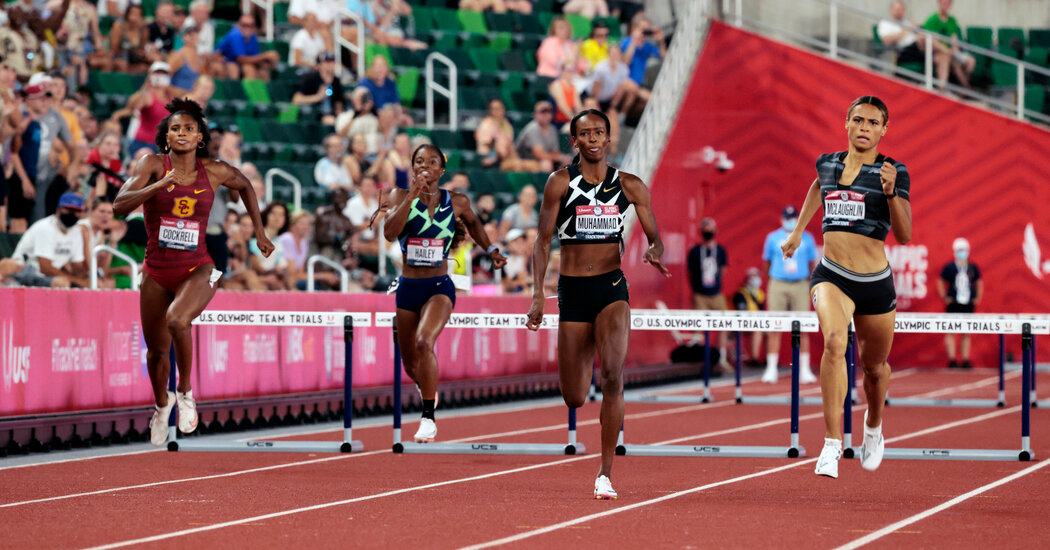 In one of the most anticipated finals of the trials, Sydney McLaughlin outsprinted Dalilah Muhammad to win the women’s 400-meter hurdles — and break Muhammad’s world record. McLaughlin finished in 51.90 seconds, becoming the first woman to run the race in less than 52 seconds. She looked up at the clock and put her hands over her mouth in shock as Muhammad ran to her to celebrate.

Muhammad, the reigning Olympic and world champion, finished second in 52.42 seconds, and Anna Cockrell was third.

McLaughlin, 21, was still in high school when she qualified to compete at the 2016 Olympics, and was celebrated as a prodigy on the rise. In Rio de Janeiro, she advanced to the semifinals before she was eliminated at age 17. Now, she will head to Tokyo as the favorite in an event that is packed with talent.

Muhammad, 31, has faced some challenges since breaking her own world record — and outracing McLaughlin — at the 2019 world championships. She was hampered by hamstring injuries and said she tested positive with Covid in February.

“That definitely impacted my training,” she said last week. “But I kind of got my fitness back right when I needed to.”

McLaughlin, though, has spent months rounding into top form. She worked on her speed ahead of the trials by dipping down to race several times in the 110-meter hurdles at the behest of her coach, Bob Kersee. On Sunday, when the lights were the brightest, it showed. No one has ever been faster.