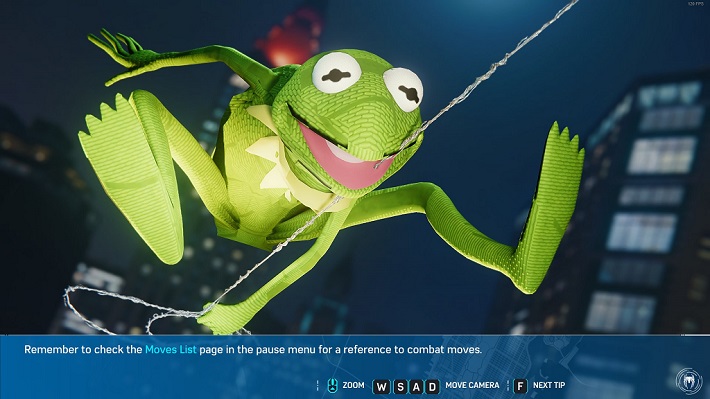 Video game mods are one of the best parts of modern gaming. A bit of a gray area, mods take an already released and developed game and let players make changes to the game’s coding so they can do things as minor as improving the graphics or as drastic as adding entirely new characters in the game. The reason it’s a gray area is that while most developers are okay with mods and see them as harmless, they can sometimes lead to harmful additions to the game that don’t match the original creator’s vision. However, sometimes players do something incredibly creative and improve a game, or bring players back to it so they can have new experiences through these mods.

Thankfully, nobody should have any problem with this latest mod for Marvel’s Spider-Man, because it definitely falls into the latter category. A new mod started making its way around that features the model for Spider-Man being replaced with the beloved and often memed, Kermit the Frog. In this mod, the hero of New York City is not your friendly neighborhood Spider-Man, but your favorite singing puppet as he swings across the city defeating bad guys and jamming out to some of his favorite tunes. It’s incredible.

If you have ever wondered why it is that some fans swear by PC being the ultimate console for gaming, this would be why. The large majority of mods are PC-exclusive experiences and it’s only when games like Spider-Man reach PC that we get to experience Kermit swinging through the skies as he belts out “Sunshine.” To the many different possible copyright claims that can take down this mod, please look the other way on this one, because it’s too funny to not allow it.