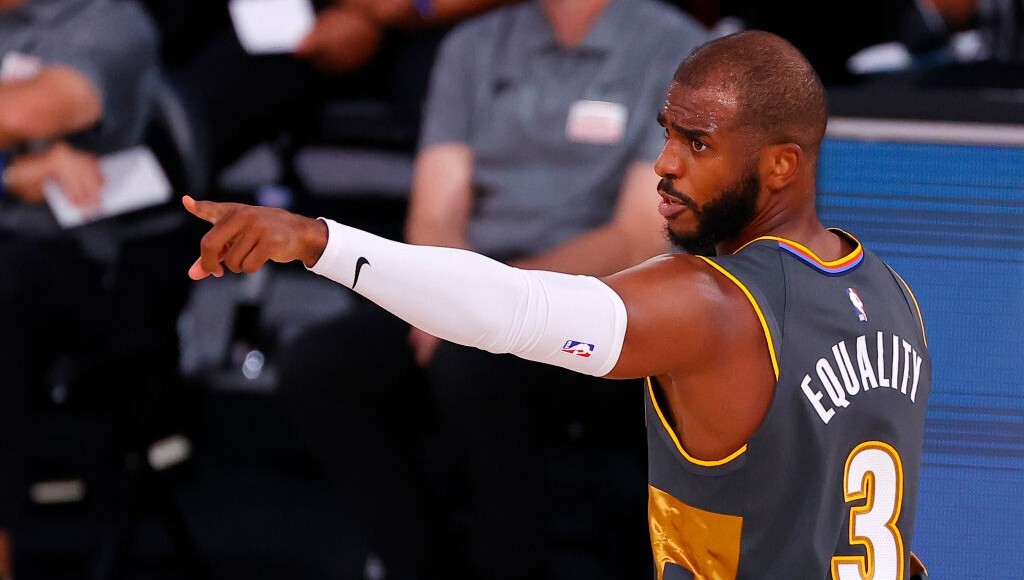 The Chris Paul sweepstakes might be the biggest storyline to follow this summer. With Giannis Antetokounmpo seeming destined to stay put in Milwaukee regardless of whether he signs an extension and the free agent pool being far less exciting than it looks destined to be next year, Paul getting moved and the Thunder kicking off a full-blown youth movement could be the thing that sends shockwaves throughout the league.

This begs the question: Where will Chris Paul go? A number have been linked to him this offseason in some form or fashion, and on Tuesday evening, the Phoenix Suns became a potential suitor. According to Tim Bontemps and Brian Windhorst of ESPN, the Suns and the Thunder have spoken to one another about a potential move for the All-Star guard.

The Phoenix Suns have had discussions about acquiring Chris Paul from the OKC Thunder, sources tell me & @TimBontemps. Story forthcoming.

Bontemps and Windhort report that “talks have been ongoing and continued to gather traction but there is no deal imminent.”

While Paul has a monster of a contract — he’s owed $41.3m in 2020-21 and has a $44.2m player option for 21-22 — he showed this past season that he’s still capable of doing the incredible, helping the Thunder earn the 5-seed last season and getting them to a Game 7 in the first round against the Houston Rockets.

The Suns were the story of the NBA’s Bubble, but with how much the ball was put in Booker’s hands, it was evident they could use someone to run the point and free him up to play more off the ball. Paul, theoretically, helps with that, and while it might mean they have to move on from two solid players like Ricky Rubio and Kelly Oubre to make the money work, he’d bring a steady hand and a veteran presence in the backcourt Phoenix could really use.