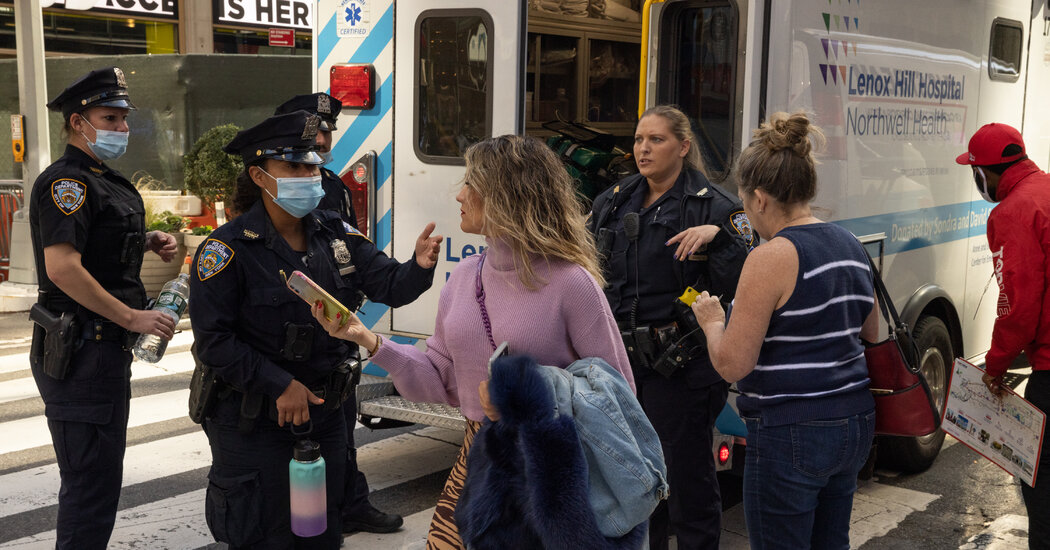 As tens of millions of Americans remain unvaccinated, state and local governments have introduced mandates requiring public employees be fully inoculated against the coronavirus. And while orders in some localities have translated into a last minute surge in vaccination rates, they are also met with steadfast refusal, leading to legal challenges or concerns over staffing issues.

Washington State’s mandate, one of the strictest in the country, went into effect on Monday. The order requires more than 800,000 public workers to be fully inoculated against the coronavirus, save for a religious or medical exemption, or risk losing their jobs. Yet as the mandate kicked in, some resistance remained firm.

The Washington State Patrol announced that 127 employees left the agency, or just under 6 percent of its work force. In one high profile case, Washington State University fired its football coach, Nick Rolovich, and four of his assistants, for their failure to comply.

Similar issues are playing out elsewhere across the country. In New York City, Mayor Bill de Blasio took one of his administration’s most aggressive steps yet by requiring that all municipal workers get at least one shot by the end of the month or risk losing their paychecks. The order was met with mixed reactions from unions representing those workers

Advertisement
, though many agree that the move could burden city agencies by leading to widespread resignations or early retirements.

Nursing homes, hit hard by the pandemic, are also struggling with low vaccination rates among staff. Some operators across the country are waiting for the federal government to issue new rules around a mandatory vaccination program for their staffs, like the one President Biden announced two months ago for workers at facilities receiving federal funding, while other facilities and labor groups are still pushing for a testing alternative for their employees.

Here’s what else happened this week: