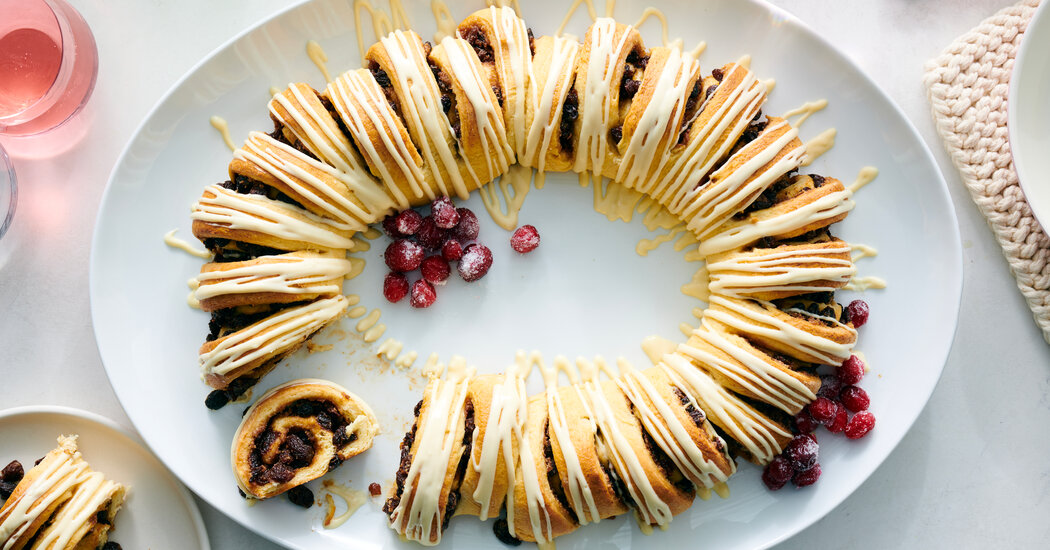 Good morning. Gabrielle Hamilton is leaving us, she writes in her farewell column for The New York Times Magazine this week, closing her laptop on a column she’s written since 2016 and returning to the restaurant she was forced to shutter by the pandemic. That’s a boon to diners in New York but a sad day for those of us who luxuriated in her sentences and recipes, which now will appear only occasionally, like albino squirrels or snowy owls.

Gabrielle’s column doesn’t have a recipe attached to it. It’s instead an exploration of the allegory of stone soup and what it’s like to cook a meal with whatever scraps and bits of food you have on hand. “You start out with nothing but a smart and sincere idea and stay very faithful to your idea, keep your head down, do your work as you believe it should be done,” Gabrielle wrote. “You stir your pot of water faithfully and contentedly and let the idea itself capture the imagination and curiosity of the villagers.”

Somewhat self-servingly, that sounds like no-recipe recipe cooking to me, as in this whatever-you’ve-got fried rice. (Give that a try!) But it’s also a way of thinking about the communities we live in and feed, and how much we count on those at our tables to bring forth what they have for the communal good. Gabrielle has contributed much to ours, and I hope we can all raise our glasses to her in gratitude and tribute alike.

Of course we’ve got plenty of new (actual) recipes to delight you this week as well. Yewande Komolafe explored the role of plant-based cooking in West Africa and the diaspora and brought us new recipes for roasted mushrooms in ata din din, a red pepper relish, the steamed bean cakes known as moin moin and coconut-lemongrass tapioca with caramelized citrus.

Now, it’s nothing to do with smothered pork chops or supernatural brownies, but I’ve been grooving through Neal Stephenson’s latest, “Termination Shock,” alternating between the doorstop-thick novel itself and Edoardo Ballerini’s commanding performance of the words in the audio version.

Here’s an important and exceptionally well-done two-part series from The Boston Globe and The Press-Herald of Portland, Me.: The Lobster Trap, about the existential threat that climate change holds over Maine’s lobster industry and the people it feeds.

The Wire has dropped its paywall for its archive of work by Greg Tate, the influential culture critic who died earlier this month, at 64. Please explore it.

Finally, in The Times, Isabelia Herrera put me on to Jean Dawson and Mac DeMarco, “Menthol,” which she calls “gritted-teeth pop-punk, music for cheap cigs and driving with too many friends in the car.” I’m in. And I’ll be back on Friday.