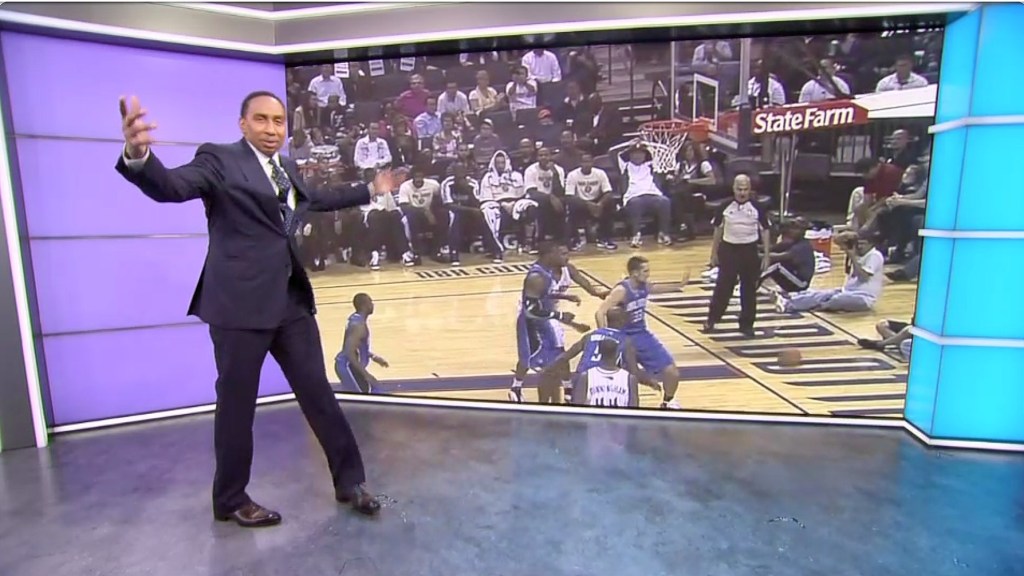 Just over a week ago, Stephen A. Smith offered a brief response on Twitter after Kwame Brown had pulled him into his beef with Gilbert Arenas, Stephen Jackson, and Matt Barnes after the trio had a few too many laughs about Brown’s career on the All The Smoke podcast. Brown has gone off on Instagram Live, taking Arenas, Jackson, and Barnes to task with some very personal attacks, and invited Smith to fight him in Seattle because Seattle apparently doesn’t require a waiver for hand-to-hand combat.

Smith’s initial response was that Brown was right and with his career long since over, it’s time for the jokes at his expense to stop and that he was guilty of that. That seemed to be the extent of it on Smith’s side at the time, but on Thursday, Smith used his ESPN+ show, Stephen A.’s World, to offer a more full response to Brown who has continued going after Smith and other members of the media like Michael Wilbon. That has apparently led Stephen A. to rescind his initial statement, because after starting in about how Brown has gotten very personal with his comments, none of the people he’s come after have done the same and have been speaking on his basketball career.

At that point, Smith proceeded to roll the tape on a full minute of Kwame Brown lowlights to illustrate his point that all he has ever done was talk about how Brown couldn’t cut it in the NBA.

It is the exact opposite of what Smith said he would do regarding Brown a week ago, but it certainly made for an entertaining and very on-brand Stephen A. response. It certainly won’t be well received by Brown, but Stephen A. has apparently decided he can no longer just ignore the story and as such he is steering into it the only way he can, by making that sweet, sweet content out of it.