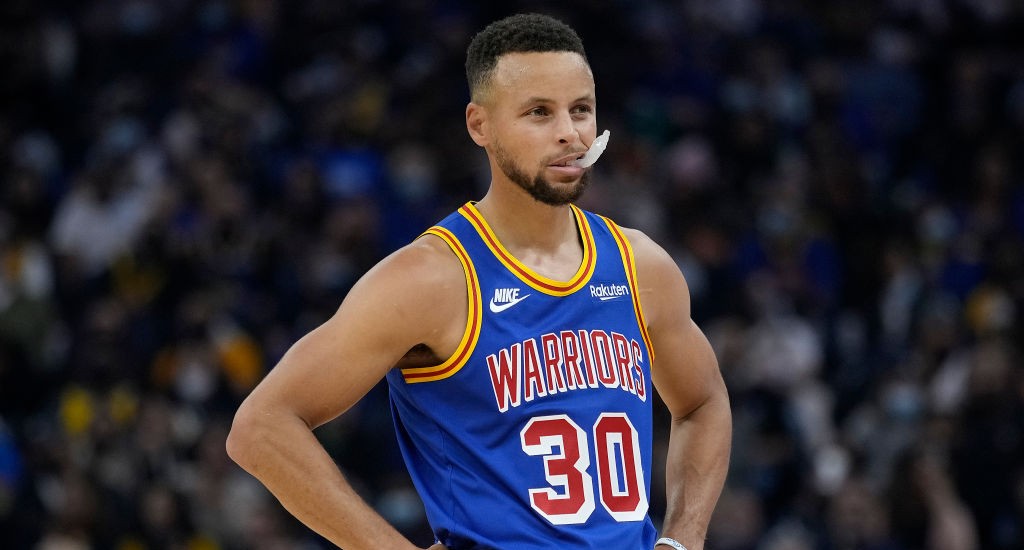 The Golden State Warriors are the NBA’s best team through the first three weeks of the season, entering Tuesday night atop the West with an 8-1 record. Despite the continued absence of Klay Thompson and James Wiseman, the Warriors have been on a tear to start the season, led as always by Stephen Curry.

With the reeling Atlanta Hawks coming into town, Golden State had a chance to get their ninth win in 10 games to open the year, but things got off to an inauspicious start, as, after scoring the teams first 10 points, Curry appeared to hurt his shoulder in the first quarter and had a heating pad on it as the Hawks opened up a 15-point lead in the early going.

However, Steph would eventually return to the floor and serve as the catalyst for what was at one point an extended 58-26 run by the Warriors to turn that around and take full command of the game. Curry was doing, well, Steph things, as once he got a few to fall it seemed as though he simply couldn’t miss, no matter how much attention the Hawks gave him on defense.

While the game was well in hand, Curry’s early absence meant he was still light enough on minutes to chase the 50-point benchmark well into the fourth quarter and got there with just over four minutes to play, to the delight of the home crowd.

Curry was pulled immediately after that, finishing with 50 points, 10 assists, and seven rebounds — the third Warrior ever with a 50-point, 10-assist game — in 35 minutes of action on 14-of-28 shooting, including 9-of-19 from three-point range in what became a 127-113 win. It was a sensational performance and an early signature scoring night for a player who, at the moment, has to be considered the MVP frontrunner 10 games into the season.