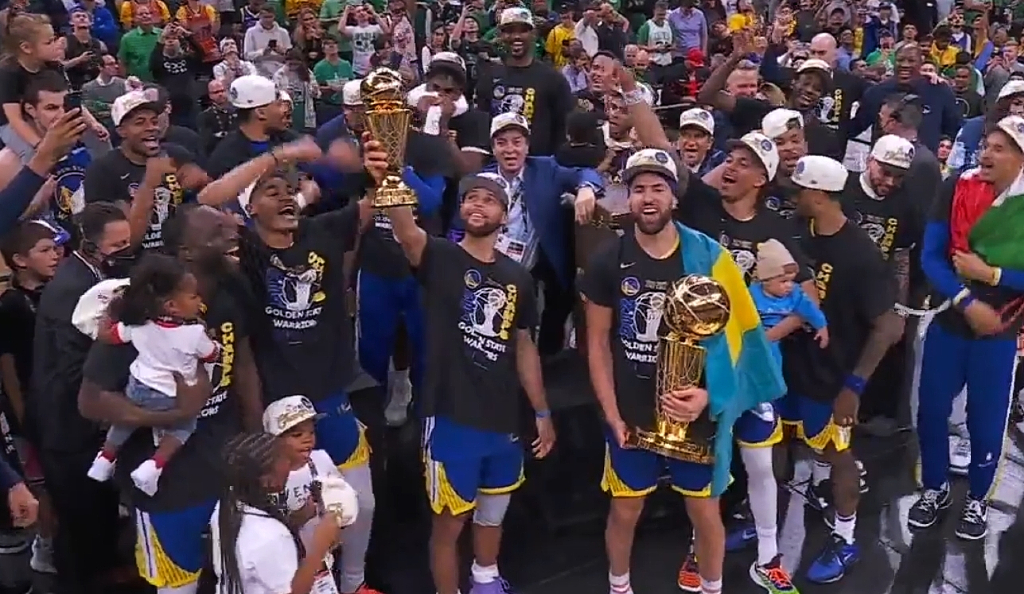 Steph Curry’s jam-packed trophy case finally includes the one honor that evaded him throughout the course of his NBA career. Following the Golden State Warriors’ 103-90 win over the Boston Celtics in Game 6 on Thursday night to secure the fourth championship of the Steve Kerr era, Curry earned the distinction of being named the NBA Finals MVP.

The NBA announced that Curry won the award unanimously.

Golden State Warriors guard Stephen Curry is the recipient of The Bill Russell Trophy as the Most Valuable Player of the NBA Finals 2022 presented by YouTube TV.

Curry received all 11 votes from a media panel at the NBA Finals.

“It means we won, it means we took advantage of the opportunity to get back here,” Curry, who was showered with MVP chants by his teammates, told Lisa Salters of ESPN what it meant to finally get named Finals MVP. For the series, Curry averaged 31.2 points, six rebounds, five assists, and two assists per game. But beyond the box score, the gravity that Curry brought to every game could not fully be quantified — Boston’s vaunted defense struggled to deal with the way that he moved off the ball, and even when he was not afforded an inch of space, Curry always seemed to find a way to make something happen, either for himself or for someone else.

Curry’s quest for a Finals MVP award was a major storyline entering the Finals. Andre Iguodala famously won the award over Curry in 2015, while Kevin Durant earned the award when the Warriors became champions in 2017 and 2018. Now, it’s Curry’s time to lift the Bill Russell trophy.