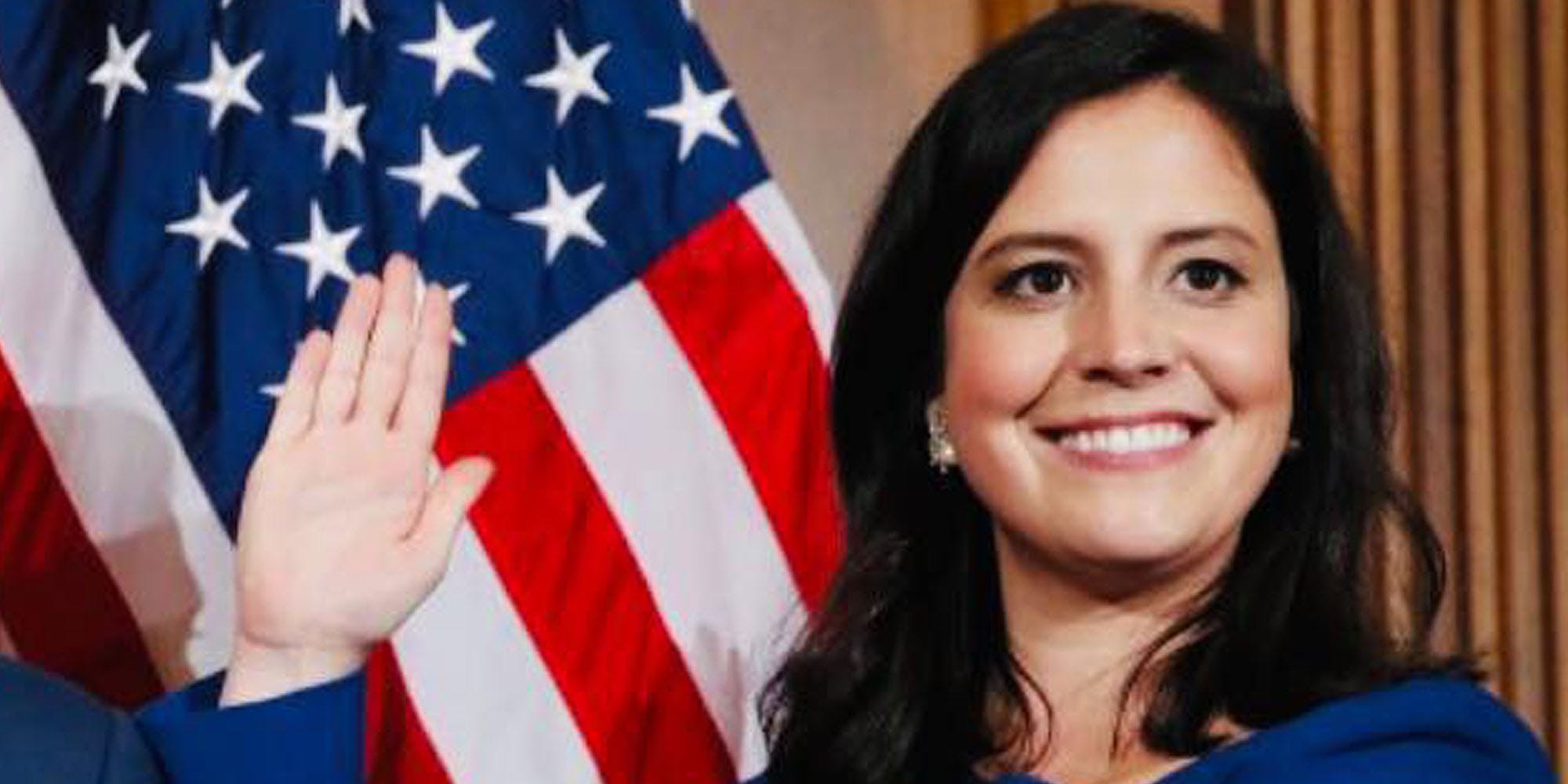 Rep. Elise Stefanik (R-NY) has become a trending topic on Twitter after accusing President Joe Biden of shipping baby formula to the southern border amid the country’s ongoing shortage.

In a tweet on May 13, Stefanik argued that American mothers and their babies were suffering due to what she described as the Biden Border Crisis.

“Joe Biden continues to put American LAST by shipping pallets of baby formula to the southern border as American families face empty shelves,” she wrote. “This is unacceptable.”

Around 40 percent of formula is currently out of stock nationwide due to a range of issues. Primary factors include ongoing issues with the supply chain and the continued shutdown of a manufacturing plant that was linked to a major recall due to contamination.

The crisis has led to widespread concern across the country and a surge in conspiracy theories that claim the shortage was purposely created by individuals such as Biden and billionaire Bill Gates.

While many are suggesting that Biden has personally ordered that formula be shipped to the southern border, federal law has required the CBP to provide nourishment for infants in their custody since the 1990s. The CBP also provided items such as baby formula to Central American and Mexican migrants during former President Donald Trump’s tenure.

Stefanik was quickly accused of advocating for the starvation of migrant infants by Democrat lawmakers. Many including Rep. Ruben Gallego (D-AZ) helped the hashtag #EliseStarvefanik become a top trend on Twitter while accusing the lawmaker of belonging to “the pro starvation caucus.”

“If you are in Congress and propose starving babies to death you deserve to have your name trend,” Swalwell tweeted.

As noted by Snopes, the formula at migration facilities only makes up a minuscule percentage of the formula used domestically. Around 3.6 million babies were born in the U.S. in 2020, 75 percent of which whom used formula at some point before the age of 1. During the same year, 150,000 unaccompanied minors had been in custody and at least 75 percent of them were over the age of 15. So while the exact number of migrant infants using formula is unknown, it pales in comparison.

Stefanik doubled down on her criticism of the Biden administration later on Friday as well in a tweet referring to “pedo grifters.”

“The White House, House Dems, & usual pedo grifters are so out of touch with the American people that rather than present ANY PLAN or urgency to address the nationwide baby formula crisis, they double down on sending pallets of formula to the southern border,” she added. “Joe Biden has NO PLAN.”

Stefanik’s comments regarding pedophilia were seen by many as a dog whistle for QAnon conspiracy theorists, who believe a secret team of government insiders are helping Trump to topple an international cabal of child-eating pedophiles.

Stefanik’s office later told Mediaite reporter Michael Luciano that the phrase was referring to the anti-Trump Republican group known as The Lincoln Project, whose former co-founder was accused of sexually harassing young men.

The conservative politician’s pro-life views were also called into question given her views on infants at the border.

“Starving babies… seems like a ‘pro-life’ kind of thing to do…” Swalwell said on his personal account.