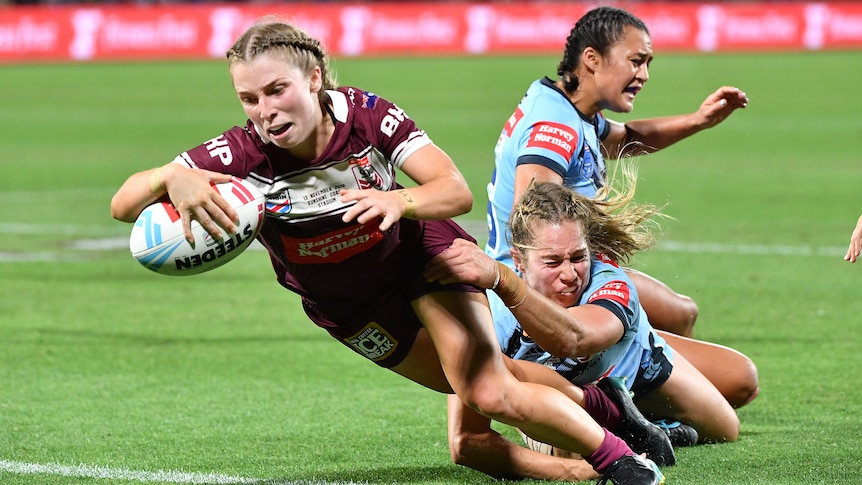 Queensland’s male and female State of Origin players will get equal pay under a new plan by the QRL.

Elite players who take part in camps and are selected for the Queensland Maroons’ women’s State of Origin series will receive a fee of $15,000, the same as that given to players in the men’s team.

“You’ve got a job to do with the Maroons and you go and do it, knowing that you’re fully supported by the QRL, and I think it’s a big step from the QRL to make sure we’re aligned with the men’s team for the first time.”

Later this month the QRL will announce an emerging squad of players who will come together for camps and other sessions before the end of the year.

Early next year, and during the NRLW season, a series of camps will be held for a revised squad of 30 players.

Those players will be given $4,000 to compensate them for time off taken, travel and other expenses.

The 19 players who are chosen for the final camp ahead of the State of Origin game on June 24 will receive another $7,000. The 18 players picked to play NSW will get a further $4,000 match payment.

QRL chief executive Rohan Sawyer said the move was a “milestone moment” for the game in Queensland.

“This is about creating certainty and stability for aspiring Maroons to have the opportunity to come through a genuine career pathway within the female game,” Sawyer said.

“We have identified the commitment the players make to the Maroons by being part of the top squad through to June and, over this time, we want to adequately remunerate them for their commitment.”

The NSW Rugby League said its approach to Origin pay would be considered at board level.

“Any additional investment in the women’s game is a good thing and our approach to the Women’s Origin match for next year will be the subject of discussion at upcoming Board meetings.”