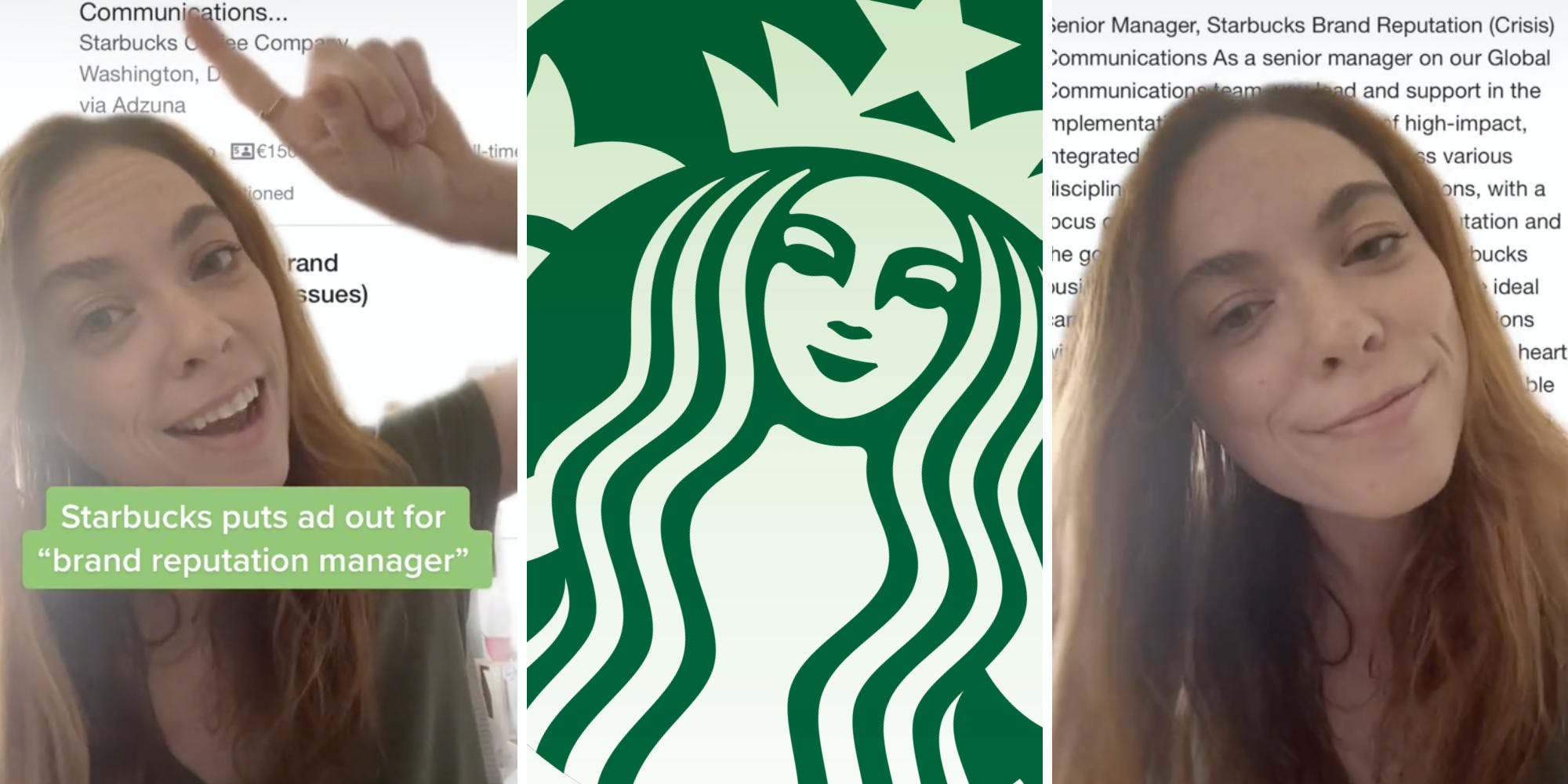 TikTokers are blasting Starbucks after the coffee brand posted a now-deleted job advertisement for a brand reputation manager who will handle “crisis/issues” amid controversy surrounding the company’s resistance to unionization efforts.

The viral TikTok was posted on Sunday by @sbworkersunited, a social media account for the main group behind the union push, Starbucks Workers United. Workers United describes itself as a “labor union built upon a foundation of social justice.”

“Starbucks baristas around the country are organizing unions and in response, Starbucks is launching an anti-union war that includes intimidating, lying, threatening and now firing union leaders,” the TikToker says. “Of course, this has hurt Starbucks’s image as a progressive company, which leads us to this.”

“I don’t know if I’d describe organizing baristas as a crisis but let’s take a look at the job description,” the TikToker says. “My favorite part here: ‘With the goal of protecting and elevating the Starbucks business and brand with all stakeholders.’

“And it gets better because they continue by saying this person will need to be experienced and enjoy talking with reporters and editors, and develop all of this communication material, which is rich because Starbucks continues to deny they’re engaged in all union-busting,” she says. “So not only are they asking this person to lie to reporters but also to continue gaslighting employees who are organizing.

“We have a much cheaper solution, Starbucks: stop union-busting,” she adds.

By Monday, the TikTok had over 50,800 views. In the comments, people rallied against Starbucks. “It’d be a shame if a pro-union individual would get that position,” one user wrote.

“Starbucks has made me not want to give them another penny. great pr really,” another TikToker said.

“I’m done with Starbucks until they respect unions,” one commented.

“I hope this snowballs to all other million/billion dollar corporations who don’t treat their employees right,” wrote another.

A Google search reveals that by Monday, the job posting had been removed from the Starbucks careers website and Glassdoor.

According to its website, Starbucks does not “believe having a union will meaningfully change or solve the problems you’ve identified in your stores.”

In December, the first Starbucks was unionized with the help of Workers United after Howard Schultz became the interim chief executive. He has been known for pushing back on labor union attempts since he bought the company in 1987 and recently said unions were “assaulting” companies like his.

Starbucks workers across the country claim that they’ve been fired in retaliation for organizing. Starbucks denies this.

Kathleen is a Honolulu-based freelance writer, editor and communications strategist who has been published by the New York Times, Vice, Huffington Post, Hana Hou!, and more. She’s worked in the communication departments at the Honolulu Museum of Art, ACLU of Hawaii and Hawaii Community Foundation. When she’s not writing, she can be found in the ocean, walking her rescue poi dog or oil painting.