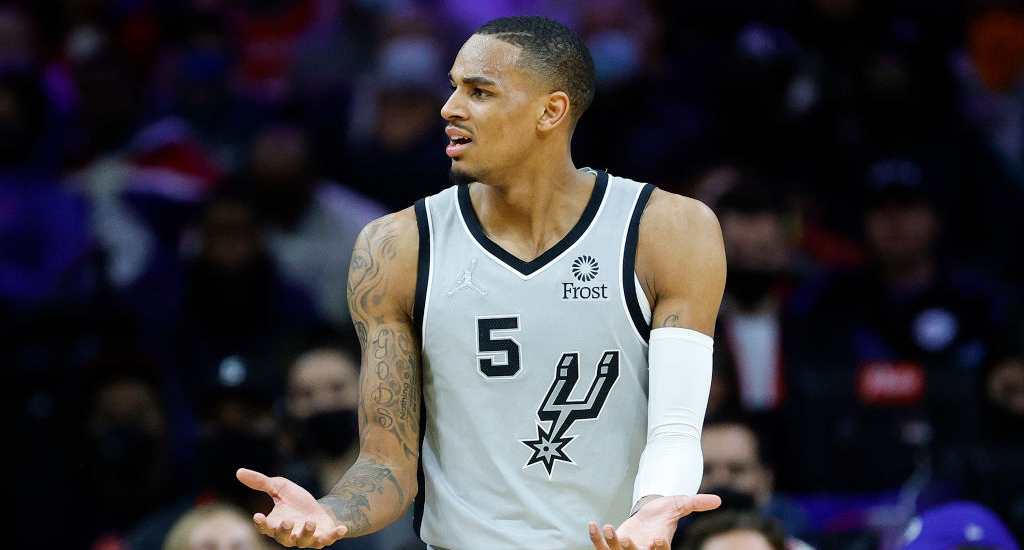 When Dejounte Murray made his first All-Star team in February, few expected that he would be one of the most prominent players in trade rumors heading into free agency, but after word broke a week ago that the Spurs were willing to listen to offers on their 25-year-old star guard, things have accelerated to a deal being done.

Murray is headed to Atlanta for a package focused on draft picks, with Danilo Gallinari (and his non-guaranteed salary) headed back to San Antonio to make the money work.

Sources: The Spurs are trading Dejounte Murray to Atlanta for Danilo Gallinari, three first-round draft picks and a draft swap.

The Spurs had reportedly set a high mark for teams to hit if they were to move Murray, with the goal of getting a Jrue Holiday-like return of three or more first round picks and swaps as they get ready to settle into a rebuild — with Victor Wembanyama at the top of every tanking team’s wishlist next year. Ultimately, Atlanta gave them what they wanted, adding a draft swap to the initial offering of three firsts, and that was good enough to pry Murray away from the Spurs and land the Hawks the type of defensive guard they coveted to put alongside Trae Young. Adrian Wojnarowski provided the details on what picks are headed San Antonio’s way, as they get two Atlanta picks and a 2023 from Charlotte — leaving the Hawks with their own 2023 first to move if they so choose.

The Hawks are sending a 2023 first-round pick via Charlotte, and their own 2025 and 2027 first-round picks to the Spurs in the deal, sources tell ESPN. Spurs will also get a pick swap in 2026.

The Hornets pick is protected 1-16 next year and then lottery protected through 2025, but the 2025 and 2027 picks, as well as the swap in 2026, are all unprotected, which is likely what led to this deal getting done.

League source confirms that draft picks and pick swap in ’25, ’26, and ’27 from Atlanta to San Antonio in the Dejounte Murray trade are completely unprotected.

Murray and Young certainly seem to fit snugly given they can make up for each other’s weaknesses — Murray as the elite point of attack defender that can ease Young’s burden on that end, while Young is the type of shooter and scorer that Murray is not. By making this move, the Hawks make the major shakeup they wanted to after stalling out last season by running it back, and we’ll see what other moves they make, particularly regarding John Collins who has been made very available by Atlanta this offseason. For now, they’ve at least added a rising star who has consistently improved every season in the NBA, vaulting into All-Star status last year in the West.

The Spurs clearly felt now was the time to sell high on Murray, cashing in on the best season of his career to land some significant draft capital, without taking on any long-term money in return. It certainly seems as though San Antonio didn’t view Murray as a max player to build around for the long haul, and as such they moved him a year before he got set for a contract year, where pressure could’ve mounted to get anything from him and the return could’ve been lessened.