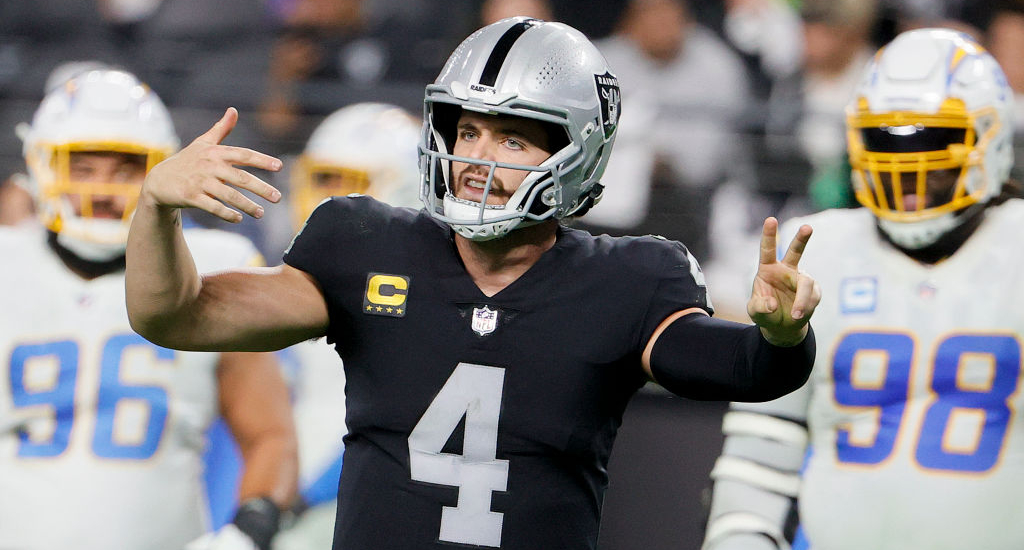 On Sunday night, NFL fans around the country were riveted by the absolute bananas game between the Raiders and Chargers that saw L.A. erase a 15-point deficit late in regulation thanks to five fourth down conversions of more than six yards, including a TD on 4th and 21 to force overtime.

At that point, all of the jokes about a possible gentlemen’s agreement to tie the game and send both teams to the playoffs, courtesy of the Colts’ stunning loss to the Jaguars, felt very real. After the two teams kicked field goals on their opening possession, the “tie to win” outcome felt incredibly real, and pretty much everyone outside of Pittsburgh found themselves rooting for the improbable accidental tie after so many jokes about purposefully kneeling the game out.

Ultimately, Vegas won on a last-second field goal from Daniel Carlson, possibly aided by a Chargers timeout after the Raiders seemed fairly content running the ball and risking little in the closing seconds. The Raiders weren’t the only Vegas entity to win on that play, as sportsbook managers down the street and across the country were sweating out a 10-figure loss if the Raiders and Chargers had ended in a tie.

That is because a number of enterprising gamblers realized that you could do some wild same-game parlays and get +186223 odds ($100 to win $186,223) on the ultimate “chaos parlay” of Jaguars ML (+700), Chargers +0.5 alt spread, and Raiders +0.5 alt spread at places like FanDuel, DraftKings, BetMGM and others all around the country — simply parlaying Jaguars ML and Chargers/Raiders tie only got you to +12000, but people realized they could game the same game parlay odds to get more than 10x the payout.

According to Blake Schuster of BetFTW, the combined liability for sportsbooks around the U.S. on the chaos parlay was north of $1 billion, which is a crazy amount on what would normally be a play that only a handful of degenerates would consider, but thanks to social media and the tie discussion going viral all week, there were an awful lot of people tailing the insane odds available and sportsbooks were deep in the sweats on Sunday night.