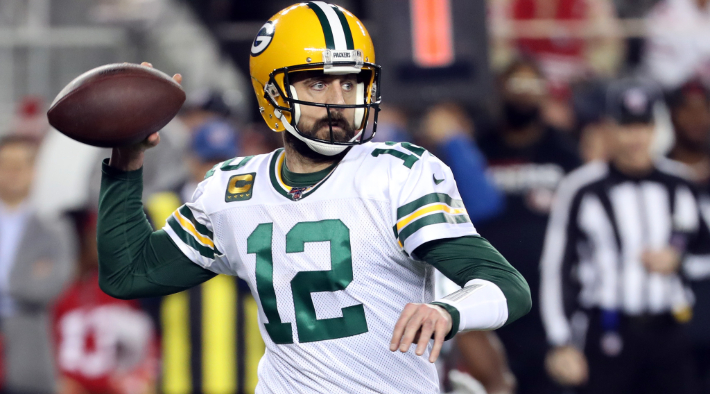 Aaron Rodgers is expected to announce his retirement from the NFL some time before the Packers’ first training camp practice, if Las Vegas sports books are to be believed. The Westgate SuperBook has closed its NFC North odds, and according to Bill Huber of SI Fan Nation’s Packer Central, other books have followed suit.

Writes Huber: “Two other sportsbooks contacted after that initial message said the expectation is Rodgers is going to announce his retirement sometime before the first practice on Wednesday.”

As Huber charts, Packers season win total bets are not available at PointsBet, DraftKings or Bet Online, while at Bovada, there are no odds listed for Rodgers’ touchdown or passing yardage totals.

The latest Rodgers reporting from Adam Schefter of ESPN indicates Rodgers turned down a two-year extension that would have made him the highest-paid player in the NFL. The 2020 MVP made it clear in doing so that money in this case is not what will talk.

This off-season, the Packers offered Aaron Rodgers a two-year contract extension that would have tied him to Green Bay for five more seasons and made him the highest-paid QB and player in football.

Rodgers declined the offer, proof it’s not about the money.

As contract negotiations between Green Bay and wide receiver Davante Adams come to an impasse, the Packers seem to have extensive issues on their hands that go beyond Rodgers. But Rodgers is not helping matters by remaining opaque about his intentions, still having not publicly demanded a trade or announced his intentions when it comes to 2021.

But if the sports books have it right, news about Rodgers’ retirement could come in the very near future.

LeBron James Laughs at Your ‘Old’ Lakers Memes. After His Nap.

What We Learned From Week 3 of the N.F.L. Season