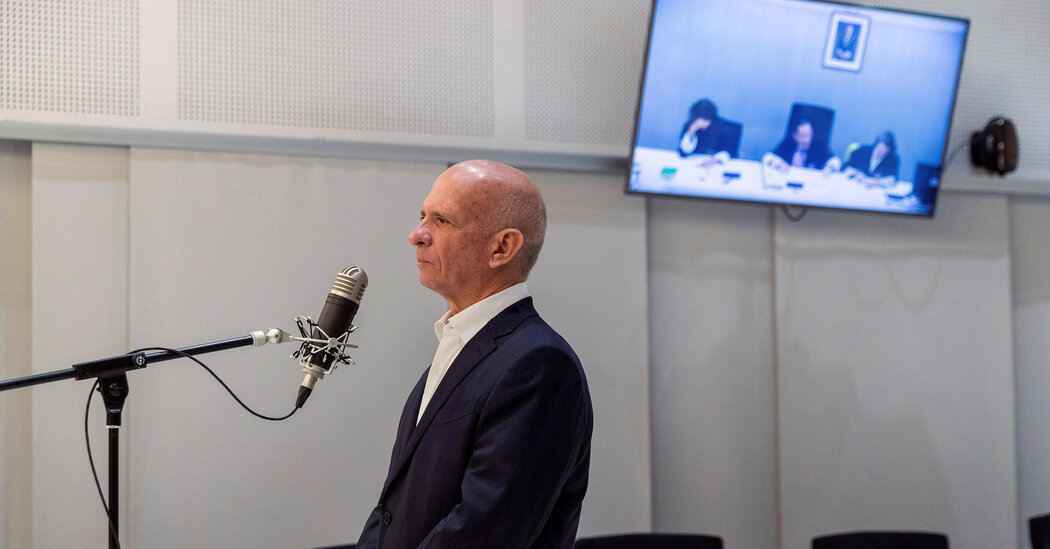 MADRID — Venezuela’s former intelligence chief has been arrested in Madrid for a second time, almost two years after he evaded an extradition order to the United States to stand trial on drug-trafficking charges.

The Spanish police detained the former spy chief, Hugo Carvajal, late Thursday and released a video of his arrest on Twitter. The police said that Mr. Carvajal had been living “fully shut-in” at an undisclosed location in Madrid, relying on the help of allies whom they did not identify.

Mr. Carvajal was a prominent figure in the government of the Venezuelan leader Nicolás Maduro, before breaking with him in dramatic fashion. He released a video in February 2019 that accused Mr. Maduro of running a corrupt dictatorship whose top officials were engaged in drug trafficking.

He fled to Spain, where he was detained on the American extradition request in April 2019, but then released from a Spanish prison after a court deemed the request to have been too “abstract” to establish his involvement in drug trafficking.

Prosecutors successfully appealed the ruling, but Mr. Carvajal went missing, creating a diplomatic headache for Spain and adding another twist to the long cat-and-mouse game to bring Mr. Carvajal before justice.

Mr. Carvajal, known by the nickname “El Pollo,” or “The Chicken,” served for several years as the military intelligence chief under Hugo Chávez, the former leader of Venezuela. He was also a lawmaker in the governing Socialist Party before his abrupt fallout with Mr. Maduro, Mr. Chávez’s successor.

Mr. Carvajal urged the military to side instead with Mr. Maduro’s main opponent, Juan Guaidó. Mr. Guaidó was then recognized as Venezuela’s legitimate president by the United States and several other Western governments, but that has not prevented Mr. Maduro from holding onto power

Advertisement
, even as his country’s economic problems have spiraled in recent years.

The United States Justice Department has said that in April 2006, Mr. Carvajal coordinated the transportation of 5.6 metric tons, or about 6.2 U.S. tons, of cocaine to Mexico from Venezuela, according to charges filed in federal court in New York. If convicted, he would face a mandatory minimum sentence of 10 years in prison and a maximum sentence of life.

In a February 2019 interview with The New York Times, Mr. Carvajal denied he was involved in drug trafficking. After his detention in Spain and during his extradition hearing, he and his lawyers claimed that the drug charges had been fabricated and the case brought by the United States was politically motivated.

In recent years, Spain has become one of the main safe havens for members of the Venezuelan opposition and defecting members of the Socialist Party who have fled Venezuela’s political and economic turmoil. Among them are the opposition leader Leopoldo López, who had spent several years under house arrest in the Venezuelan capital, Caracas, as well as a former mayor of Caracas, Antonio Ledezma, who fled to Madrid in 2017.

Venezuela is set to hold elections in November, and the main opposition parties recently announced that they would stand in them, having boycotted previous votes.