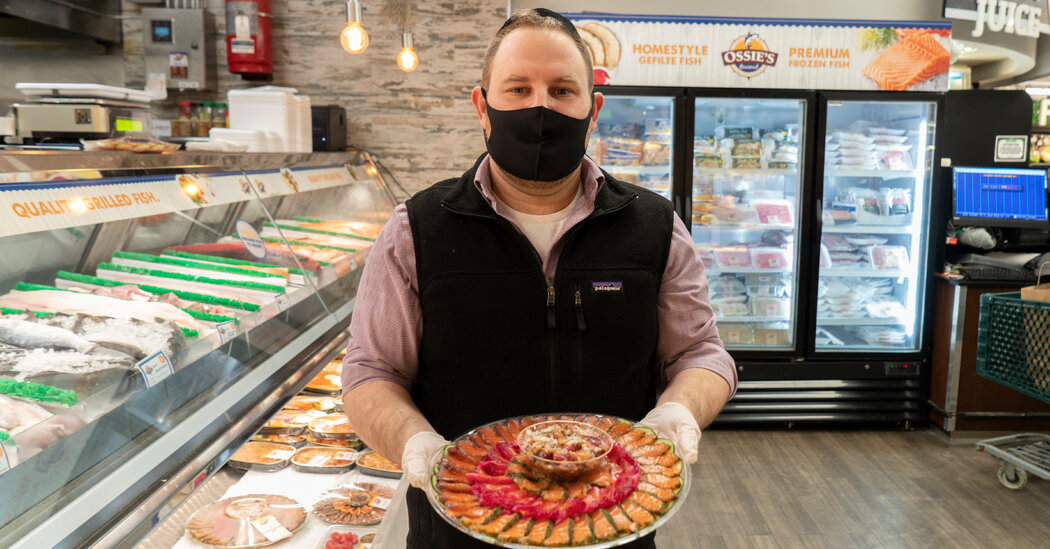 “Everyone has the fear of sausage and hot dogs, that it’s garbage mushed together, but I am using fresh, prime cuts, the muscles that you could sell for a roast,” said Mr. Herz, who said he made everything by hand. “I weigh every piece of meat, I weigh the fat, I weigh the spices to the gram.”

Mr. Herz got his start by delivering his sausages to people’s homes for Shabbat or Jewish holidays. Soon, neighbors started asking him to cater their barbecues and weddings. Now he sells his products in a few grocery stores, including his own. “People buy six, seven, eight packs at a time,” he said. “In the non-kosher world, sausages aren’t fancy, but in the kosher world, it’s a rare item.”

For Mozelle Goldstein, a pediatric nurse from Woodmere, just east of Kennedy Airport, baking is a way to relax. Ms. Goldstein, 36, also loves making Syrian specialties taught to her by her 97-year-old great-grandmother, who lives in Midwood, Brooklyn. “One of my favorites is string cheese,” she said. “It’s not the stick, though. You essentially buy a cheese curd, chop it down, melt it with spices, add some seeds and retwist it up into this cheese that you string to eat.”

At first, Ms. Goldstein shared her goods with friends and family members. They became so popular that she decided to sell them on Instagram. Now, during a busy week, she sells something like 15 pies, 16 challahs and 10 loaves of sourdough bread, she said. “I’m still just me, one person, so I have to cut off orders sometimes.”

Mr. Herz said that many trendy Orthodox Jews were replacing challah with other home-baked breads for traditional meals. “My siblings all eat sourdough on Shabbat,” he said. “It’s only gotten worse during the pandemic, when every home chef in the country made it. It hit us too; we aren’t living in a hole.”

Gitta Langer is selling kosher macaroons through Instagram. “I call it a small-batch patisserie,” she said. “There are a lot of macaroon companies out there, but Jewish people don’t have access to them because they aren’t kosher.”