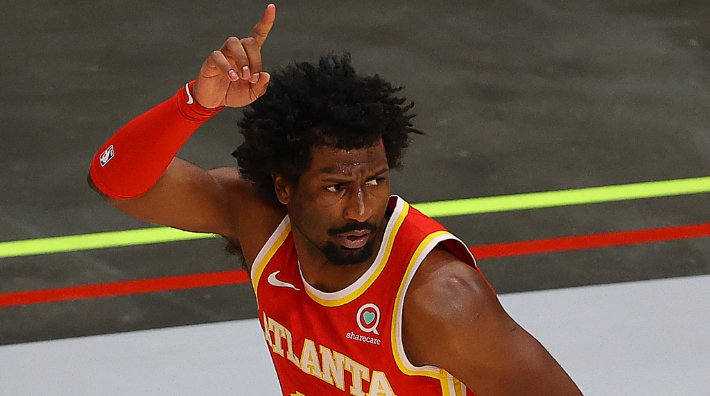 The Los Angeles Lakers won’t have LeBron James for a while, as the team’s do-everything forward is out indefinitely due to a high ankle sprain he suffered on Saturday afternoon against the Atlanta Hawks. While chasing after a loose ball, Hawks forward Solomon Hill landed on James’ leg, and the reigning NBA Finals MVP went down in pain.

After the game, Hill was called out by two of of James’ teammates. Lakers forward Montrezl Harrell and guard Dennis Schröder both spoke to the media after the game and accused Hill of not making a normal basketball play when James went down.

“A guy dove for a loose ball, took his leg out from up under him,” Harrell said, per Dave McMenamin of ESPN. “I really don’t feel like it was one of those loose-ball plays. He had to go through his leg to get the ball, man. He was turned sideways. The ball was behind him. I mean, you’re jumping at an angle, going across this way, I mean, I don’t know how you feel that’s a loose ball.”

Schröder shared this sentiment, calling it an “unnecessary play.” In response to all of this, Hill took to his Twitter account and made clear that his intention was not to hurt James, saying that doing so would be disrespecting the game.